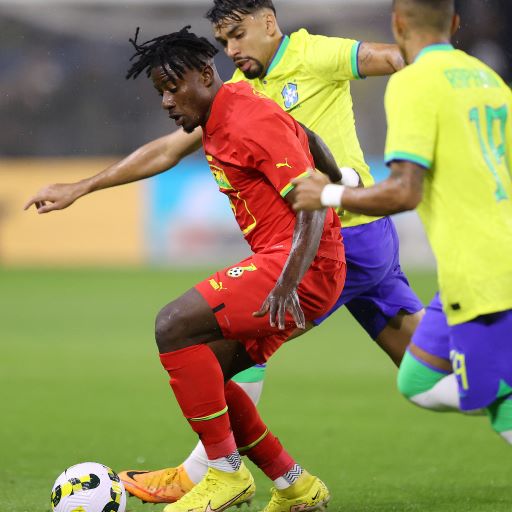 On the eighth minute mark, far away in France, the Black Stars of Ghana had conceded its first goal against Brazil in a friendly that was supposed to test the strength and resilience of a rather new-look ensemble.

Across the table where I watched the game, many faces sunk. Those faces would not have to wait too long for the results of the game.

It ended 3-0 in favor of the Selecao of Brazil, a rather fair reflection of the performance of the samba boys. Back home in Ghana, many people have varying opinions. Some feel the coach could have done better while others feel we must simply forfeit our place and not represent at the mundial at all.

In all candor, we would admit that three goals conceded against the best team in the world by the lowest-ranked side at the World Cup isn’t too bad a showing. Within the despair and mulling, the second half showed that all wasn’t lost and, indeed, there is potential in this Ghana team have.

Doubts lingered when the lineup was released a little over an hour to the game. We didn’t understand why the new boys didn’t get to start. When the first goal came Ghanaians were reeling all over social media. All too soon we were down by three goals. For the old guard called upon to fly the country’s flag high in the first 45 minutes, there was nowhere to hide. It is safe to say it is one of the worst Black Star display in a long time.

For the many who argued that the team that qualified be allowed to go all the way, this prequel would definitely spark a new thought process.

As far as the bigger picture goes, the second half brought promise. It showed glimpses of the many things that this Black Stars team could offer at the world stage. However, it is safe to say that some level of ruthlessness is required on the part of Otto Addo and his technical bench If we are to compete at the highest level of football.  Tough decisions that we must make as a team. Players like Kudus, and Kamaldeen are proof of the fact that we have some very good quality within our ranks.

On the contrary, it might be too soon to call but the involvements of the Ayew brothers as well as Baba Rahman, need to be redressed considering the caliber of players in our ranks now.  A fresh perspective and output is needed and with the World Cup less than two months away, it needs to arrive fast. in terms of ideologies, our favoured back-four system also needs to be looked at again. The game is evolving and the personnel we have available certainly offers us the luxury to experiment with the hope of attaining reinvention. If we can be bold enough to take these decisions, best believe that we will be fine in Qatar.

Brazil may have beaten the Black Stars three zero but from my little table in the heart of the capital Accra, I see a Black Stars team that has the potential to play great football and give fans a lot of great footballing moments.