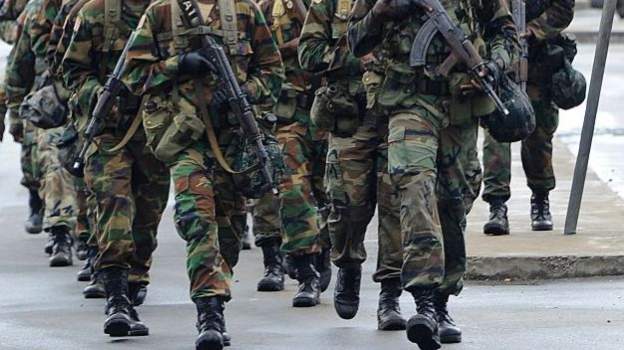 When I read news reports on Thursday  that basic schools teachers in Bawku had asked for schools to be closed down for insecurity and other related concerns, I was heartbroken and genuinely frustrated. I said to myself – Not again.

I had been, despite evidence on the grounds, a firm believer in the ability of the military to fix the security quagmire that has engulfed Bawku over the years. My faith stemmed from the fact  that the military presented themselves as the last-resort security unit to deal with the rampant crime situation in the area, but I was misled. They claimed to have the men.

It’s been God-knows how long and our soldiers are still struggling with maintaining  basic order and security in the area. Don’t get me wrong, nobody expects them to find solution to a protracted traditional impasse, but the expectation that they would have, at least stopped criminals from shooting to kill and maiming others, was their charge to keep. And to be charitable, they have failed.

Even more concerning is the significant amount of investment the state, and by extension, the taxpayer has made in the military’s operation in Bawku. We are told that the operation in Bawku takes a heavy chunk of the security budget of the state but truth be told our soldiers have very little to show for it. Bawku on daily basis still registers killings, maiming and even petty crimes. So what exactly are the military doing with the over 20 armored vehicle they have sent to the area with the scores of men around? It is becoming increasingly difficult to believe that the soldiers can actually deal with the crime situation in Bawku as they made us believe. Even more so, I believe, the armed forces will benefit a lot from intelligence gathering and investigative skills.

I dare say there should be a national conversation on the actual performance of our military since they took over affairs in Bawku.  As citizens we pay the bills and the military owes us that much.

My love affair with Bawku started in December of 2007 when I joined the people in the area to celebrate their annual Samanpiid Festival. Honestly, that was my very first time going towards the eastern part of the Upper east region .

In the midst of a rich display of culture and tradition, I heard rumors of some gunshots in a suburb of the Bawku Township which was quickly rubbished by police in the area. But a friend I made during the festival advised me to be careful with my movements in the area as the gunshot may be an indication of some ethnic violence being reignited by some unscrupulous persons.

Well, after an exciting session at the festival ground we looked for a guest house nearby where we rested our tired bodies waiting to step out the next day to see more of the beautiful business oriented town.

After a couple of days in Bawku filming several interesting sites and scenes from the area, we woke up to the beating of war drums on the 1st of January as sporadic gunshots came from different quarters of the town.

The gunshots and accompanying deaths continued for days, forcing the government then to impose strict restrictions on movement and other activities in the area. My heart bled after coming face to face with people shot dead in what I got to understand was an age-long chieftaincy dispute between the Kusasis and the Mamprusis who both claimed ownership of the Bawku Skin.
Written by: Abbas Nurudeen Inrush, a journalist from Bawku