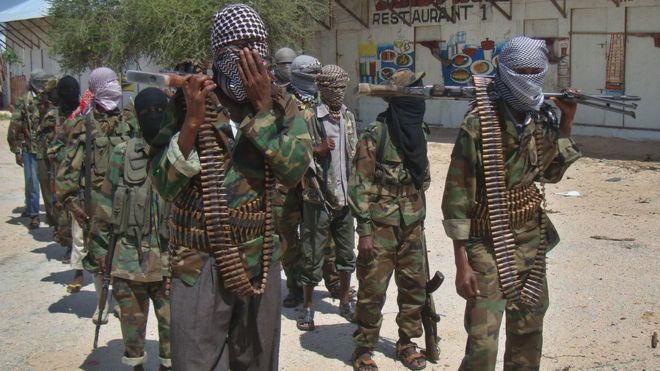 The Somali government has announced that a co-founder and senior al-Shabab militant, Abdullahi Nadir, was killed on Saturday in the southern Middle Jubba region.

The Somali information ministry said that Nadir was the head of al-Shabab’s religious propagation unit and was the subject of a $3m (£2.7m) US bounty.

It added that al-Shabab considered Nadir a potential successor to its current leader, Ahmed Omar Diriye, aka Abu Ubaidah, who has long been rumoured to be “in poor health”.

Abdullahi Nadir, a top leader of #Alshabab terrorists, wanted by Somali government for long time has been killed in operation conducted by Somali National Army and international security partners in Haramka village in Middle Jubba region, on 01-10-2022. 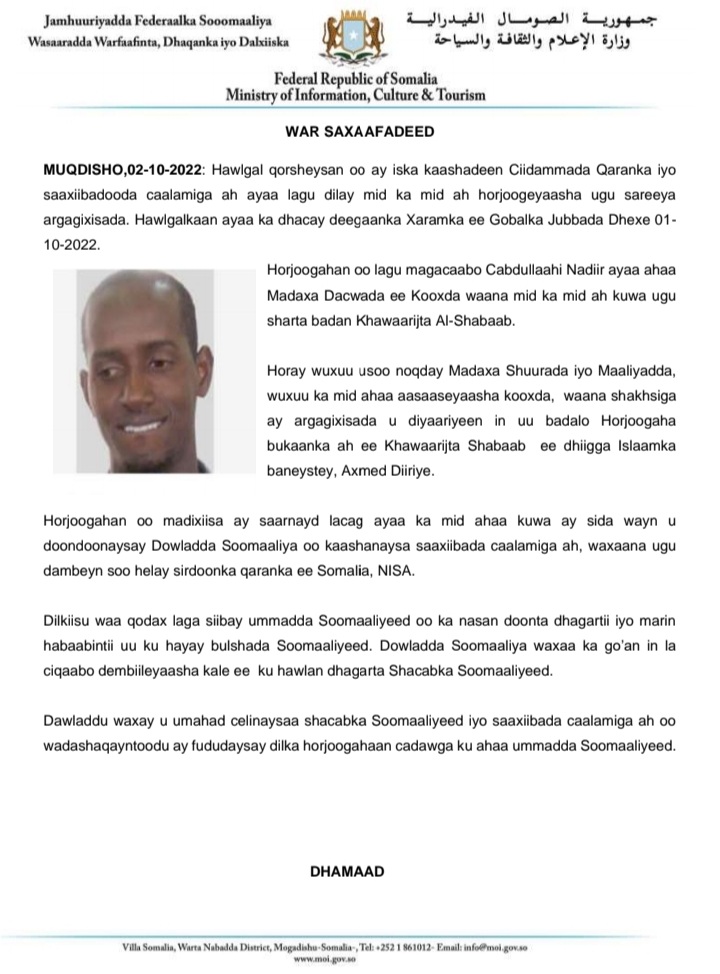 Private media reported that Nadir was killed in a drone strike.

The information ministry said that Somali security forces and international partners killed Nadir in an operation, but did not mention a drone strike.

The US Africa Command, which frequently targets top al-Shabab militants and positions, has not yet commented on the development. 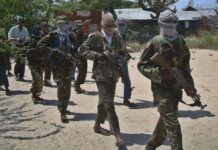 Somalia prohibits use of the name al-Shabab 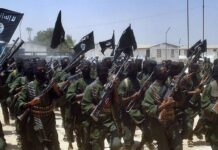 US sanctions IS group in Somalia over arms smuggling