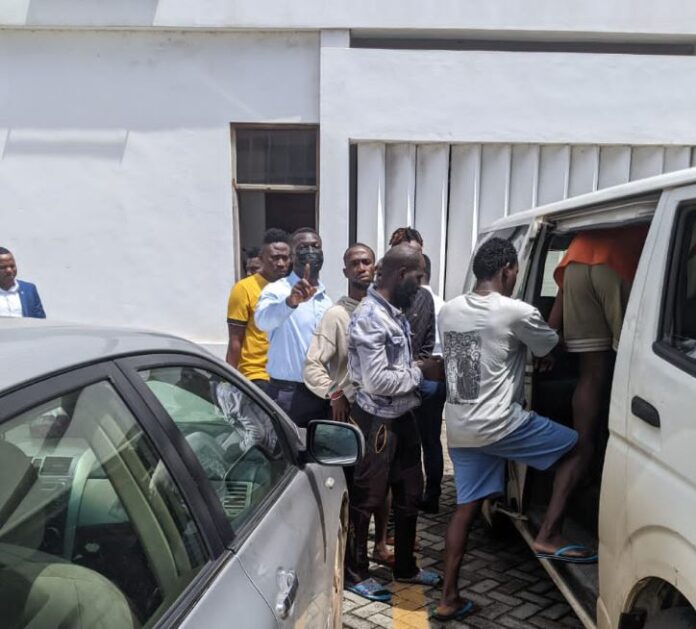 Seven Nigerian nationals have been charged by the Economic and Organised Crime Office (EOCO) for allegedly trafficking 20 Nigerians into the country and forcibly engaging them in cybercrime activities.

The accused persons who were arraigned at the Circuit Court in Accra have all been remanded for two weeks.

They have pleaded not guilty to 24 counts comprising of human trafficking, assaults and participating in organized crimes.

Their request for bail through their lawyer Theophilus Donkor was refused by the court presided over by Her Honour Rosemary Baah Tosu.

The accused persons were remanded into the custody of EOCO to appear again on October 17.

Williams Ogbemedia Idemudia, the eighth accused, also known as chairman suspected to be the mastermind of the alleged human trafficking syndicate is on the run.

Defence lawyer, Theophilus Donkor, while moving his bail application argued that, the right to bail per the Constitution did not discriminate against nationality.

He also told the court that, the accused had a fixed place of abode that resulted in their arrest and would be available to stand trial with their lawyers.

But, the prosecution led by Abu Issah, the Head of Legal and Prosecutions at EOCO, opposed the bail request citing the national magnitude of the matter and the discretion to grant bail should be handled candidly.

After listening to the parties, the court presided over by Mrs. Tosu remanded the accused in custody to reappear in two weeks.

The court ruled that, the accused persons have not demonstrated they have a fixed place of abode

Following the ruling, the court ordered the prosecution to file their disclosures within 21 days.

Narrating the brief facts to the court, the Prosecutor said, on August 29, 2022, EOCO received an email from the National Agency for the Prohibition of Trafficking in Persons (NAPTIP) in Nigeria requesting the intervention of EOCO in the rescue of some Nigerian victims of trafficking who were being exploited for Cyber-crime purposes, as well as possible arrest and prosecution.

This he said, led them to conduct investigation which revealed that the eight accused were part of an organised criminal group, with all the members being Nigerians.

The Prosecutor told the court that, further investigation uncovered the syndicate was partly based in Nigeria and in Ghana. 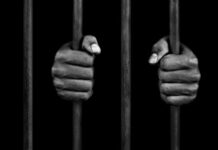 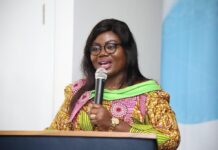 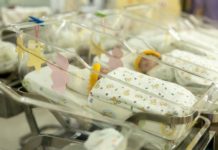