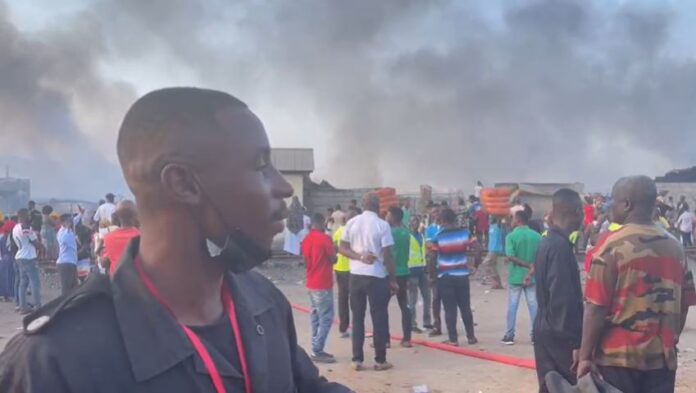 Fire has gutted some structures near the railway line at the Kantamanto market destroying goods running into hundreds of cedis.

Starrfm.com.gh gathered that the fire which started around 4:35 am has razed down several structures in the enclave.

Fire-fighters were seen battling the fire despite exhausting several tanks of water to salvage the situation.

Affected traders were captured carrying headpans of water in effort to douse the fire themselves because the fire fighters had run out of water.

It’s unclear what caused the fire outbreak, but no casualty has been recorded yet.