The majority in Parliament has reversed its decision to cede to a plea by President Akufo-Addo to allow finance minister Ken Ofori-Atta to present the 2023 budget and compete IMF negotiations before acting on demand for his removal.

According to the majority MPs, recent utterances of the minister have compelled them to restore their original demand of his immediate removal.

Addressing the media in parliament MP for  Effiduase-Asokore constituency Dr. Ayew Afriye however disclosed the majority will not support the minority motion of censure against the finance minister.

Dr. Afriye explained the motion has some criminal allegations against the finance minister which cannot be substantiated thus their decision to stay clear off it.

“We’re here to reiterate that however much that you heard us speaking last two weeks that based upon the intervention of the president we’ll have to see the Minister of Finance do his work, read the budget, see through appropriation and then the President will act. Over a few days we’ve had the minister speaking, and his speaking is informed majority of us in the caucus, not only to state that we’re back to the original position that we took, and that original position is to say that the Minister of Finance will not be the one who must read the budget and must not be the one who will do the appropriation. We’re here this morning to say that this is going to be very soon for you to see the position of us, and we’re going to be positively defiant on that posture until that action is taken.

“Our position is clearly that if confidence has gone down with him, he must go and that is not the same as that of the NDC.” 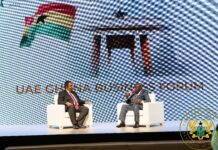 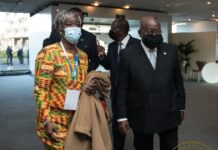 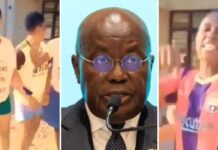