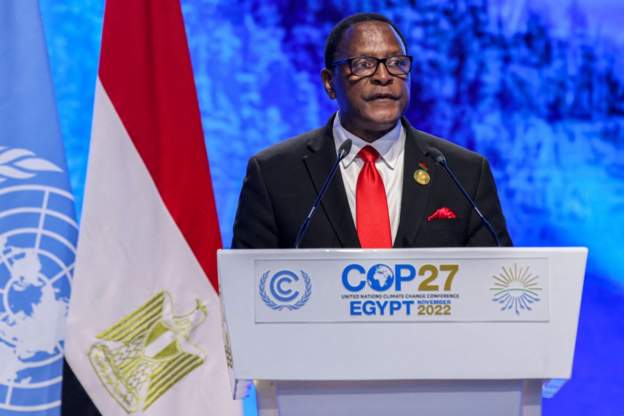 Malawian President Lazarus Chakwera has joined other African leaders in criticising wealthy nations for not wanting to pay for climate loss and damage.

Speaking to the BBC at the ongoing COP27 meeting in Egypt, President Chakwera said African countries had contributed little to pollute the climate and that wealthier countries should take on more responsibility.

“That’s why we’re saying if you’re really serious about this [then] it’s not about charity. This is paying for what you have deliberately used and benefitted you and you don’t want to pay up,” he said.

He also accused wealthy nations of not matching their promises with actions in the fight against climate change.

“Many came hesitantly, including myself, because of this. From COP1 all the way to COP27 what has happened? Why are we continuously going around the same issue over and over again? It’s because somebody does not want to pay up,” he said.