Five Belgium players are said to have booked earlier flights home from the World Cup amid reports of unrest amongst the squad.

The Red Devils crashed out of the World Cup at the group stage after drawing 0-0 with Croatia in their final Group F fixture on Thursday.

Morocco, who beat Belgium a few days earlier, topped the group, with Croatia finishing a point above Roberto Martinez’s side in second.

Even in their opening win over Canada, Belgium were sluggish and soon details emerged of bust-ups in the camp following on from the Morocco loss.unrest amongst the squad.

Het Laatste Nieuws are now reporting that a number of Belgium players decided against travelling home with the team and arranged their own flights.

Thomas Meunier, Axel Witsel, Jeremy Doku, Arthur Theate and Lois Openda paid for their own travel from Qatar and reportedly landed in Brussels before their teammates.

Manchester City star Kevin De Bruyne appeared to clash with Toby Alderweireld during the Canada win, later revealing the dispute was over the team’s style of play.

He was apparently involved in a disagreement with Jan Vertonghen and Eden Hazard post-Morocco, with Lukaku diffusing the situation.

De Bruyne’s comments over the Belgium squad being “too old” to go all the way in an interview with The Guardian reportedly didn’t go down well with his colleagues, with Hazard admitting “words had been spoken”. 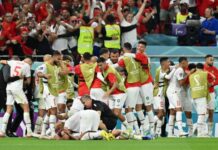 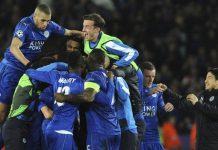