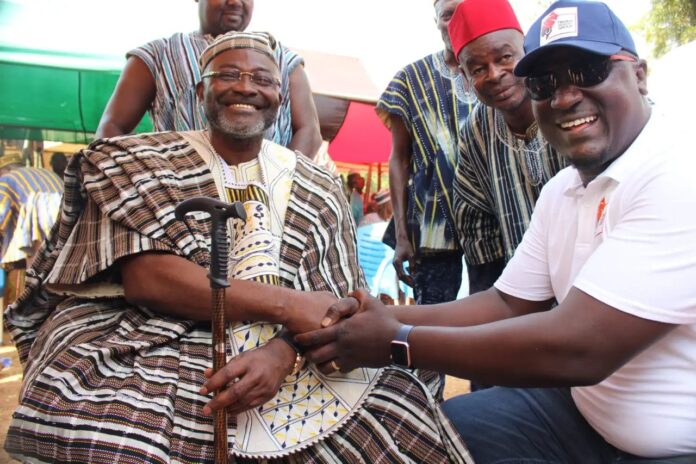 The former deputy minister for Roads and Highways, Anthony Karbo has responded to claims by the Assin North MP and NPP flagbearer hopeful, Kennedy Agyapong that he is engaged in tribal politics and owned properties in the USA.

In a Facebook post Karbo indicated that at a meeting held between him and Kennedy Agyapong, all these allegations were refuted, adding that he is not tribalistic and does not also own properties in the USA as being alleged.

The former MP for Lawra thus indicated that his engagement with the NPP firebrand together with the Hon K.T Hamond, Fred Oware and Dr. Gideon Boako was in the interest of brokering peace and unity among brothers and not to fault anyone for an apology.

In reaction to claims that the meeting between them was purposely to apologise to Ken Agyapong,  Karbo responded that it was not the case rather it was meant to broker peace and unity.

“It was a brotherly family meeting intended to settle our differences,  if any, and pledge to organise ourselves in a more peaceful and docorous manner as we approach the internal contest” – the statement on his Facebook page indicated.

Below is the statement by Hon Anthony Karbo:

On the Matter of Hon Kennedy Agyapong, His Northern Region Tour and Issues Arising

I have become aware of a viral audio recording of Hon. Kennedy Agyapong in which the MP was campaigning in the Upper East Region. The audio, among other things, attempted to accuse me of embarking on Tribal Campaign, impugning corruption on my part as a Former MP and Deputy Minister, and suggested underhand dealings of persons believed to be working for Vice President to prevent the Hon. Kennedy Agyapong from meeting Party members in the North.

In the interest of party unity and peace, a meeting was arranged with Hon. Kennedy Agyapong to delve into the accusations/allegations and also clarify the misinformation.  The meeting was attended by Mrssrs KT Hammond, Fred Oware, Dr Gideon Boako and myself.

It was a good and fruitful meeting and in the end it was clarified at the meeting that, I, Anthony Karbo had NOT embarked on any Tribal Campaign as alleged and wish to put on record that TRIBAL POLITICS is not part of my personality and political activism. All my life I have enjoyed the support of persons irrespective of where they hail from and reciprocated same.

The Hon. Kennedy Agyapong himself will attest to this fact given my long standing relationship with him spanning decades which is public knowledge.

I wish to state categorically that I own no such property in the USA as alleged and the claim of impugning corruption against me is non-existent.

It was also clear that none of the associates of the Vice President or myself had attempted to influence any party official in the North not to attend the meeting called by Hon. Kennedy Agyapong.

Also, contrary to a published story on Net2tvonline that the meeting was a platform for me and the Vice President’s office to apologise to Hon Kennedy Agyapong,  I wish to state without equivocation that no one at the said  meeting apologised to the other. It was a brotherly family meeting intended to clear the misinformation  and both  pledging  to organise ourselves in a more peaceful and docorous manner as we approach the internal contest.

We are one family and we commit to unite in one accord for the betterment of the New Patriotic Party. 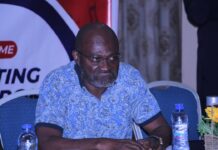 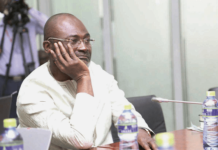 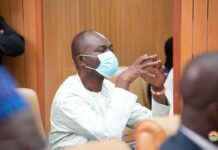