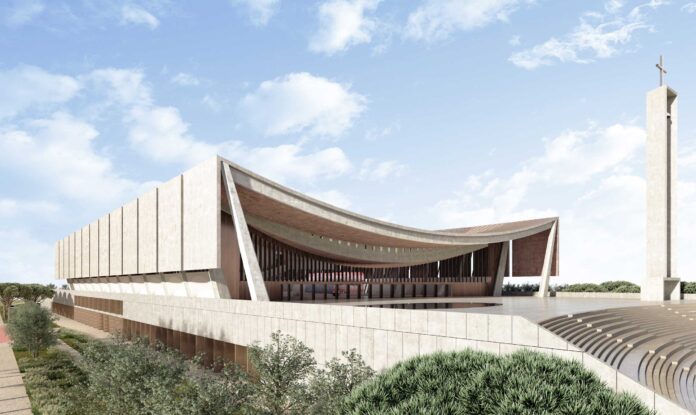 The Member of Parliament for Builsa South, Dr. Clement Apaak says the construction of the National Cathedral has been shrouded with disregard for lay down processes.

Mr. Apaak catalogued a number of red flags that were raised prior to the construction of the Cathedral that were ignored by the government and President Akufo-Addo.

According to him, the site for the Cathedral thus in Accra close to Parliament, the former office for Judges and old scholarship secretariat were all kicked against as not the best but it was ignored.

“I remember when this news came out, myself and most Ghanaians said the occasion was not right for building a cathedral.  This is because that was an area where we had just built new houses, offices and embassies so we suggested we take it to the outskirts of town. The other reason besides the building was, Accra is already crowded so putting such an edifice in the middle of Accra was going to escalate the traffic situation and further congest the national capital.

“After that incident we heard that the President was going to use the country’s money, thus money from our taxes and other royalties to build the cathedral. Later on, we heard Ken Ofori Atta has given out our money for the construction of the cathedral without first bringing it to Parliament for approval,” Mr. Apaak stated.

He continued: “Who gave him the approval for him to withdraw money from the contingency fund? Does the contingency fund belong to him? It is for the country and before you use any money that belongs to the country you need to first take it to parliament for approval but he didn’t do that. So, that was clearly an act of lawlessness because the people’s money cannot be used without their permission. In the near future we will surely hold him accountable for spending state resources without the approval of parliament.”

Meanwhile, the National Cathedral Secretariat has responded to claims of conflict of interest and corruption on the part of Rev Kusi Boateng, Secretary to the Board of Trustees by North Tongu Member of Parliament (MP) Samuel Okudzeto Ablakwa.

In a reaction to the claims by the lawmaker, the Secretariat revealed that the payment made to the company (JNS Talent Centre), which the MP linked to Rev Kusi Boateng, was a refund of a loan the company had given to the Secretariat.

Early on, Mr. Ablakwa claimed in a post on social media that Rev. Victor Kusi-Boateng appears to be using illegal means to divert funds from the National Cathedral Project to his pocket.

He’d disclosed that Rev. Kusi Boateng, Secretary to the Board of Trustees of the National Cathedral of Ghana, was the third director of JNS Talent Centre Limited, a company that received GH¢2.6 million payment from the Secretariat.

In a rebuttal to the allegations, Dr. Paul Opoku-Mensah, Executive Director of the Secretariat said that “as a normal verification – expected of a Member of Parliament – would have revealed, this was not an illegal payment but rather a refund of a short-term interest-free loan made by JNS to top up the payments to the contractors of the National Cathedral.

“This support was sought from a National Cathedral Trustee Member, Rev Kusi Boateng, in a letter dated August 26, 2021 due to a delay in the receipt of funds to pay the Contractors on time. The GHC 2.6m was paid from the JNS account to the National Cathedral account on August 27, 2021, following a request from Rev Kusi Boateng to his bankers, ADB. 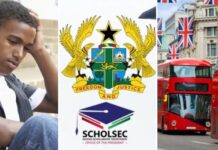