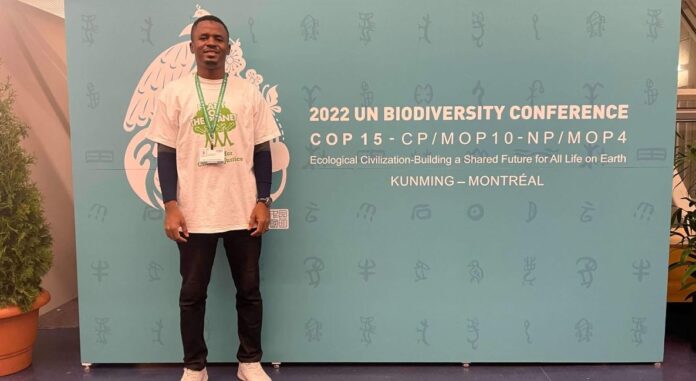 The 15th Conference of Parties for biodiversity meeting takes place in Canada’s lovely French city of Montréal from December 7 through December 19. About 195 nations convene in Canada for this conference in order to agree on and implement a “post 2020 Global Biodiversity Framework” (GBF). When complete, the framework will serve as a strategic plan, laying out the measures that must be followed for people to coexist peacefully with nature by the year 2030 and launching a bold 2050 vision.

When officials from nations from all over the world assemble in Montréal, Canada, for the United Nations Biodiversity Conference, also known as COP15, the race to safeguard the planet’s biodiversity will take center stage.

The COP27 United Nations Climate Conference took place in Sharm el-Sheikh, Egypt, in November, and you may have heard of it. The two conferences are intended to focus on different areas of policy and particular points of negotiation, although having the same name – COP, which stands for “Conference of Parties”.

Topics of negotiation at COP15:

There are high stakes, little time left, and difficult negotiations. Infrastructure, agriculture, invasive species, pesticides, the role of industry, and government subsidies that hurt the environment are just a few of the numerous topics that are discussed during COP15.

Additionally, negotiators hope to obtain agreements on the funding of biodiversity (including how the expenses are divided between developed and poor nations), respecting Indigenous leadership, and appreciating the benefits of nature to humanity.

The relationship between preserving biodiversity and combating the climate crisis underlies the COP15 ideas. Protecting and restoring these habitats is crucial for balancing the planet’s climate because they contain large amounts of carbon as well as a variety of life forms. These ecosystems include forests, mangroves, coral reefs, peatlands, and others.

Now is the time to revise decadal globally agreed-upon targets for nature. Governments have had the legally binding Paris Agreement since 2015, acting as a sort of collective guiding north star on climate. A new, 10-year Global Biodiversity Framework will be the main topic of discussion at the Montréal meeting; it will serve as a guide for humanity’s future conservation of nature.

The biodiversity and climate crises are inextricably linked. As with the climate problem, the struggle to save the planet’s biodiversity is urgent. More than half of the world’s GDP depends on nature, and the majority of plant and animal species are in danger of going extinct.

About our participation and actions:

Together with The Young Ecosystem Services Specialist (YESS), Early Career Ocean Professionals (ECOPs), and the Global Youth Biodiversity Network (GYBN) Brazil, we successfully co-hosted a side event on the subject of “Ideals and ideas for living in harmony with nature” in addition to taking part in numerous significant panels, workshops, and networking opportunities.

The side event was attended by Niklas Weins from the YESS Network; Niklas was the moderator of the event  and Abir Ben Romdhane from Sahara and Sahel Observatory spoke about youth involvement in the biodiversity conversation at the national level. She also spoke about her involvement with Great Green Wall Africa and the impacts of the project to the beneficiary countries.

Adiza Mohammed from the Early Career Ocean Professionals (ECOPs), had the opportunity to talk about the water ecosystems and how important it is to protect the ocean as part of our curcial biodiversity. Importantly, she mentioned that the majority of people depend on the ocean to survive.

Generally, participants learnt how important it is to protect our biodiversity as most economies depend on it.

There comes the proud moments of the COP15 participants and the world as nations adopt four goals, 23 targets for 2030 in Landmark UN Biodiversity Agreement: By 2030, protect 30% of the world’s lands, coastal areas, inland waters; Reduce by $500 billion annual harmful government subsidies; Cut food waste in half.

In a nutshell, COP15 parties have approved the post 2020 Global Biodiversity Framework (GBF).

Further resources for you to learn more about COP15: