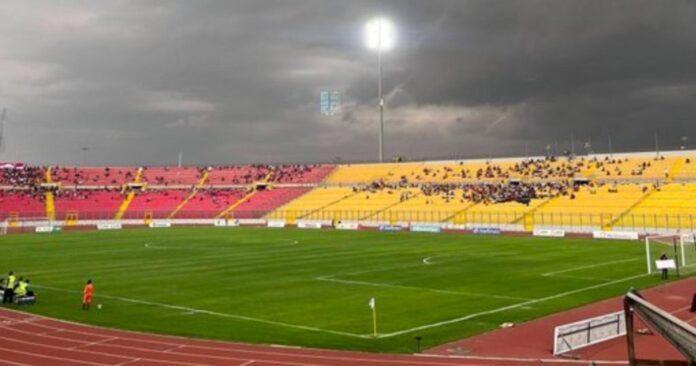 The reasons for declining spectatorship at our stadia are multifaceted. But what we are witnessing today didn’t happen overnight. It’s the manifestation of neglects, actions and inactions of the past 15 years and it could get worse if stakeholders don’t take urgent measures as soon as possible. The ramifications of the declining numbers should be a worry to all stakeholders. Ours is a league where gate proceeds remain the main source of revenue for most clubs. In a league where clubs mostly depend on gate proceeds to finance their operations, we’re sitting on time bomb with these numbers. How do clubs stay competitive if they can’t afford to stay in business?

Remember, TV Rights money and sponsorship deals aren’t enough to cushion the spendings of our Premier League clubs. How else can they balance their books if they don’t rely on match fixings, bribery and betting as gate proceeds continue to diminish? The few clubs able to land sponsorship deals will find it extremely difficult to keep their deals if sponsors aren’t getting the mileage paid for.

Now, as mentioned above, I don’t think anyone can identify one reason as the main reason for the declining numbers at our stadia. The reasons are many:

Each of these points outlined can further be elaborated but let me focus on what I call “absence of GPL in our media space and lack of promotion.” There seems to be a lack of purposeful promotion of our league. This absence coupled with current economic hardships and the ease of access to quality European club football to a new generation of football lovers means we will be seeing more of such empty stadia until something revolutionary is done.

It’s time those responsible for our football treat their product like any other product on the market. They must create a sense of desirability around their product. Those who attend the games, just like any other consumer, respond to incentives. The league is a product that’s struggling to attract consumers. As much as we wish for the league to be market and promoted, we must understand consumers will also insist on quality. It’s not enough to promote a product. Quality must also be assured if you wanna retain the customers who respond to your (initial) promotion. Ghana Premier League has a desirability (quality) issue. The reasons why the league isn’t desirable can be found in the outlines above but to touch on it again: make the league truly professional, provide decent infrastructures and suitable playing fields, officiating must be fair. Give media enough contents/reasons to promote your product. Only then will you be able to create enough wealth to retain top talents in the country for longer periods.

As much as we suggest stakeholders commit resources into promoting the product, we must also understand football fandom is purposefully cultivated. Today’s numbers are a reflection of all the things that have gone wrong in the last 15 years. To improve the numbers at our stadia, you have to strategically plan today and when lucky, we could see improvement in five years.

Announcing kickoff times, venues and prices of matches and “Singing this is our own” aren’t enough to get people to go to the stadium. There’s a reason why businesses pay billions for advertisment: you must create a desire in people and find means to sustain that desire. The innovation to create a desirable product must be lead by the club owners. After all, it’s their product and investments depreciating.

In 1985, with English football mired in crisis, absent from TV screens and seemingly on the road to financial ruin, Dein of Arsenal, Edwards of Manchester Utd, and Scholar of Tottenham would kick-start the break up of the game’s old order. The outcome of their initiative is English premier league becoming the richest and most popular in the world today.