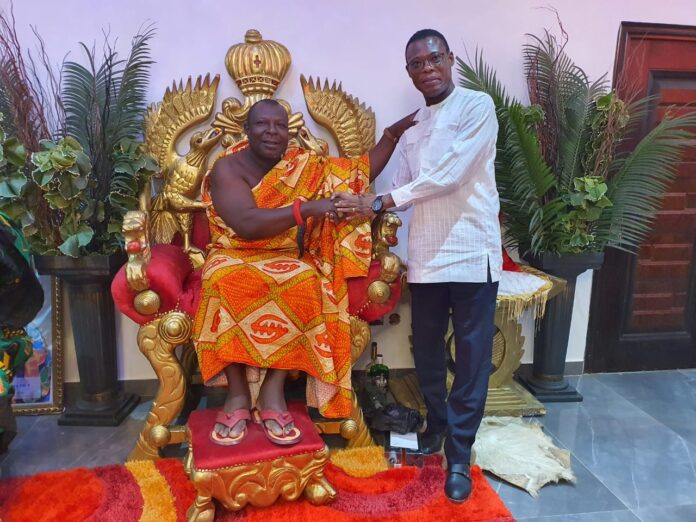 The newly elected General Secretary of the National Democratic Congress, Fifi Fiavi Kwetey has embarked on a two-day tour of his home constituency, Ketu South over the weekend to thank the people for the support they offered him during the recent National Delegates Congress of the NDC.

The former Ketu South MP pulled through the elections with an overwhelming vote margin to replace Mr. Johnson Asiedu Nketiah who until the December 2022 Congress served the party in the same capacity for several years.

His tour of the Constituency which marked his first official visit to his home began on Saturday when he attended a funeral at Aflao Gbedekope and later proceeded to inspect work on a police post project he initiated in Aflao prior to exiting Parliament in 2020.

Saturday’s activities ended with a meeting and interaction with the party’s constituency executives and other party members to remind them of their mandates and the party’s objectives ahead of next year’s polls.

The NDC General Secretary on Sunday joined and worshipped with the Resurrection Power Center, Assemblies of God Church and the SS Peter and Paul R.C. Church all in Aflao.

He told the congregations that his visit was to come and thank the Lord Almighty for the favour done him and to also thank the church for their prayers.

Mr. Kwetey also urged members of the two churches to continue to offer intercessory prayers for the country noting that “the country has collapsed as a result of leadership failure.”

He was, however, quick to state that his party [NDC] is prepared to come back and rescue the country.

He also reiterated the call for the people of the Volta region to offer an unalloyed loyalty to the NDC and also accept the party as their own religion stressing that it is only the NDC that provides the country with true leadership.

He rounded the tour with visits to the Aflao, Klikor and Some Traditional Council including a courtesy call on Torgbui Sabah of Nogokpo where he hails from to thank and ask for the blessings of the traditional authorities.

At each of the Traditional Councils, the Chiefs took the opportunity to offer counsel to the General Secretary and also reminded to provide honest and responsible leadership and service to his party and the country at large.

The Chiefs believe he is the right man for the job.