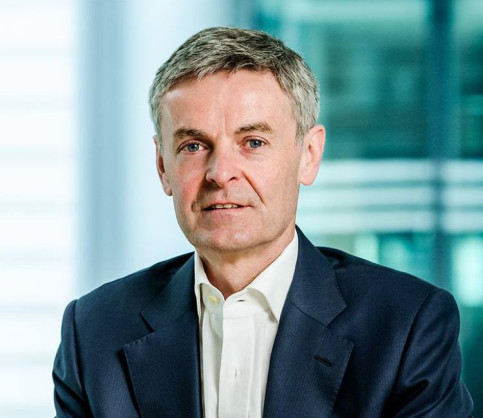 Energy Capital&Power (ECP) (https://EnergyCapitalPower.com/) is proud to announce that Paul McDade, CEO of independent oil and gas company, Afentra, will be participating at the third edition of the Angola Oil&Gas (AOG) conference and exhibition (http://bit.ly/3UyBCpP) – taking place from November 29 to December 1 in Luanda – as a speaker. While the company represents one of the newest independent explorers to enter the Angolan energy market, the company’s expertise across other markets makes McDade an ideal driver of all discussions related to African exploration and assets acquisition.

Afentra (http://bit.ly/3Gynbxr) has taken an accelerated approach to exploring Africa since the company’s rebranding, targeting asset acquisition across some of the continent’s most prolific basins. By taking over assets from global oil majors divesting from fossil fuels in Africa, Afentra is committed to ensuring the continent continues to reap the rewards of its hydrocarbon resources (http://bit.ly/3U31dFD), deploying state-of-the-art technology and introducing carbon reduction measures to usher in a new era of sustainable oil and gas development in Africa.

Just this year, Afentra made its Angolan debut (http://bit.ly/3tQbnil) with the company’s signing of a sale and purchase agreement with Angola’s national oil company, Sonangol, for stakes in two offshore blocks in the Lower Congo and Kwanza basins. The deal, to the tune of $80 million, not only marked the entry of the UK explorer into the country but enabled Afentra to expand its steadily growing footprint across Africa’s hydrocarbon landscape.

As such, during AOG 2022, McDade will expand discussions on asset acquisition and the role ramping up Angolan exploration and production will play, both in Angola’s and Africa’s energy future.

“We are looking forward to the discussions that will be led by Paul McDade during AOG 2022 in Luanda. Afentra is set to play an instrumental role in scaling up production in Angola (http://bit.ly/3sJGHPo) with the independent representing an emerging, yet key, partner for project developers, financiers and service companies across the entire oil and gas value chain in Angola,” states Miguel Artacho, International Conference Director at ECP.

For AOG 2022 (http://bit.ly/3TPoifO), McDade’s participation signals new opportunities for knowledge sharing and dialogue, with the event providing the best platform for networking and engagement among energy companies and stakeholders active in the country. Meanwhile, for Afentra, AOG 2022 opens up new opportunities for the company to share challenges, insights as well as its growth agenda, while drawing on the conference’s diverse and high-level government representation to sign new deals and form market-focused partnerships.

Distributed by APO Group on behalf of Energy Capital&Power.