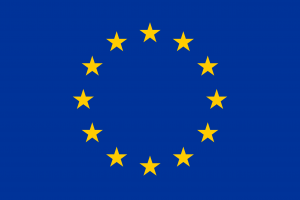 The ECOWAS Commission will brief Political Officers and Military Advisors of the Diplomatic Corps on the 24th of November 2022 in Abuja, Nigeria.

The briefing is meant to engender the development and promotion of a mechanism for inclusive transitional processes for a peaceful return to constitutional order in the region.

The briefers and presenters are expected to harvest political ideas and critically examine the ongoing transitional processes in West Africa and the role of civil society.

Participants will also deliberate on appropriate monitoring mechanisms that will support the transitional process while proposing actionable recommendations for inclusive dialogue on the track for an emergence of a sustainable monitoring and evaluation matrix of the political tempo of the region.

The briefing is coming against the backdrop of the realization that ECOWAS has in the last few years been confronted with un-settling barriers in its democratic consolidation agenda and currently being challenged by transitional processes to restore constitutional rule in Mali, Guinea and Burkina after the military successfully overthrew democratically elected governments in the three member states.  The regional body has however put in place a mechanism to deal with the tensed political situation.

The ECOWAS Commission believes that engaging civil society will help create a buffer between the ruling authorities, political parties and the citizenry in order to regulate and mitigate perceived or real excesses while also serving as an interface between mediators, stakeholders, and other critical actors to create a workable framework for sustained dialogue to reach consensus for the smooth running of the transition as well as a peaceful return to constitutional order.

Distributed by APO Group on behalf of Delegation of the European Union to the Federal Republic of Nigeria and ECOWAS.