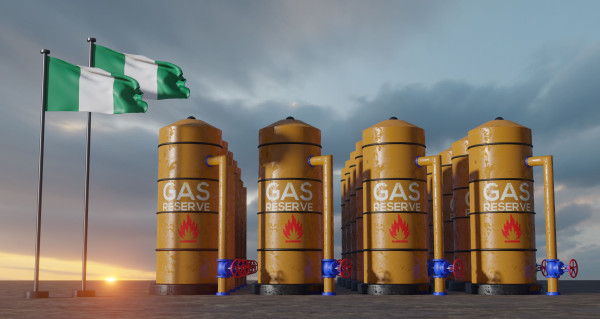 As the executive chairman of the African Energy Chamber (AEC), it’s my honor and my privilege to tell the world the story of Africa’s oil and gas industry – to explain what this continent can do to help power the world and fuel its own future. But it’s also my mission to talk about African energy poverty and to explain why this continent needs better access to energy now in order to illuminate its own potential and power forward.

Within Africa, Nigeria is an interesting subject. It’s the most heavily populated country in Africa, with more than 200 million citizens. It surpassed South Africa to become the continent’s largest economy about a decade ago, and its GDP topped USD441.5 billion in 2021. It has the largest crude oil reserves in sub-Saharan Africa and is typically the largest liquids producer in the region, though output figures have slumped this year due to problems with theft and sabotage. Likewise, it has sub-Saharan Africa’s biggest reserves of natural and associated gas and is far and away the region’s biggest gas producer.

Nigeria also experiences significant energy poverty, despite these advantages. As noted in the AEC’s recently released report, “The State of African Energy: 2023 Outlook,” consistent access to modern energy services – that is, steady and reliable electricity supplies – is available to only 60% of the country’s population on average, and access rates appear to be significantly lower in rural areas than they are in urban areas. And according to World Bank data, about 99.9 million people, or more than 47% of Nigeria’s population, lived in rural areas as of the end of 2021. That means nearly 100 million Nigerians are living without any true level of certainty that the lights and the electric power that so many in the developed world take for granted will stay on.

I, for one, think they deserve to have that certainty.

They deserve it on human grounds, and their country already has a significant amount of what is needed to provide them with it. And by that, I mean that Nigeria has gas that it could use to generate power.

If that prediction comes true, Nigeria will have the fourth largest gas reserves in the world, behind only Russia, Iran, and Qatar. It will have more than enough gas to meet current demand; it will have enough gas to produce significant volumes of LNG for export while also supporting gasification programs, both on the domestic and regional levels.

But it’s not enough just to have all that gas. Nigeria also needs the means to make use of its gas. Without the proper infrastructure, it won’t be able to put its resources to work and will merely have a scattered collection of raw materials.

In practical terms, this means that Nigeria ought to have the following:

I’m not suggesting here that it’s the Nigerian government’s job to provide all this infrastructure. But I do believe that it’s Abuja’s responsibility to make sure that this infrastructure becomes available. To this end, I think that Nigeria also needs government bureaucracies that are competent and trustworthy enough to ensure that oil-, gas-, and power-related contracts are only awarded to companies capable of providing the goods and services required within the acceptable parameters.

Developing this infrastructure requires the right kind of vision, which Nigeria already has in place: its “Decade of Gas” program is designed to make the country entirely gas-powered by 2030.

When President Muhammadu Buhari rolled out this initiative in March 2021, he indicated that it aimed to make the gas sector the cornerstone of Nigerian economic activity. By the time the “Decade of Gas” comes to an end, he said, the country will have done the following:

Nigeria still has a significant amount of ground to cover before it achieves all of these targets. However, it has made progress. The biggest example of this is the Petroleum Industry Act (PIA), which Buhari signed into law after it passed both houses of the National Assembly. The Nigerian government is also successfully promoting LPG, a gas-derived fuel, as a replacement for wood and charcoal as cooking fuel. (According to NLNG, domestic LPG consumption has climbed by around 1,000% over the last 14 years.)

And as recently as this November,  Nigeria moved closer to building its first floating liquified natural gas (FLNG) facility. Nigerian company UTM Offshore signed a front-end engineering design (FEED) contract to design the facility with JGC Corporation, Technip Energies, and KBR. Chief Timipre Sylva, Minister of Petroleum Resources, Nigeria, described the project as a step in the right direction for Nigeria to develop, exploit, and monetize its natural gas.

During the African Energy Week in Cape Town, Amni International Petroleum Development Company Limited, a Nigerian independent oil and gas exploration and production company and the African Export–Import Bank (Afreximbank) signed an agreement for the provision of a $600 million syndicated reserve-based lending facility.

To a lesser extent, Abuja can also claim credit for the headway it has made on the Ajaokuta-Kaduna-Kano (AKK) pipeline, which is being built to bring gas to the northern part of the country. When finished, the pipeline will deliver fuel to gas-powered industrial facilities and feedstock to TPPs with a generating capacity of 3,600 MW. It may also serve eventually as the first leg of the Trans-Saharan Gas Pipeline (TSGP) network, which will allow Nigeria to export gas to Europe via Algeria. Unfortunately, though, the project has been running behind schedule, and the heavy floods that began hitting many parts of the country in mid-2022 have caused additional delays.

In the meantime, Abuja has also moved forward with plans for establishing another gas export network – the Nigeria-Morocco Gas Pipeline (NMGP), a 5,600-km offshore network that would serve more than a dozen West African states. This system would, like TSGP, pump Nigerian gas to Europe, but it would also serve the purpose of delivering the gas to regional markets as well. As such, it would establish Nigeria as a supplier of fuel to much of West Africa.

Thus far, neither NMGP nor TSGP has been built. But Nigerian authorities are working to hammer out agreements on these projects – and they see the ways that European market conditions have changed since the beginning of 2022 as an incentive to work harder and to work faster.

What Nigeria Could Achieve

If they succeed, they will create infrastructure that could do quite a bit to alleviate energy poverty in Nigeria and beyond.

In the case of NMGP, the construction of this pipeline would provide multiple countries beyond Nigeria with a steady source of gas. As such, it would serve as an incentive for the construction of TPPs in places where millions of people do not have access to reliable energy supplies. At the same time, the pipeline’s access to European markets, where buyers are more likely to pay in hard currency, would help ensure the profitability of the whole system.

Likewise, the TSGP network has the potential to benefit Nigeria by ensuring that the country has enough access to hard-currency markets in Europe to cover the costs of the domestic initiatives that depend on AKK – that is, the gas-fired power and industrial projects in the northern part of the country.

Infrastructure Is Needed Throughout the Continent

Of course, energy poverty is not limited to Nigeria; more than 600 million people in Africa lack access to electricity, and nearly 730 million use hazardous and inefficient cooking fuels and technologies. Nevertheless, while each African country is unique, I hope that this look at Nigeria helps shed light on some of the common challenges facing our continent’s countries — a higher rate of energy poverty in rural areas and the tremendous need for infrastructure development.

As “The State of African Energy: 2023 Outlook” points out, even in the four African countries with a universal electricity rate of more than 70% — Egypt, South Africa, Kenya, and Algeria — access to electricity drops significantly in rural areas, to an average of about 63% of the population, compared to an average of 96% in urban areas.

The situation for rural Africans is even more dismal in other parts of the continent. In the Democratic Republic of Congo, for example, only about 19% of the overall population has access to electricity and in rural areas, only 1% of the population has electricity.

This will not change until we develop the necessary infrastructure to deliver energy to Africans throughout the continent.

On the brighter side, Nigeria also gives us examples of measures African countries can take to begin addressing these challenges. No, Nigeria has not achieved its ultimate goal-eradicating energy poverty, but it has plans and initiatives in place with real potential to make a difference — as long as Nigeria continues pursuing them.

If they haven’t done it yet, governments throughout the continent should be developing and implementing multipronged programs of their own to eradicate energy poverty. They, like Nigeria, should be leveraging their natural gas resources. They should be developing and executing gas utilization plans, improving their approach to resource management, monetizing natural gas to help pay for infrastructure projects, and launching more gas-to-power initiatives.

Instead of being daunted by the vast numbers of Africans without electricity, shrugging our shoulders, and giving up, I hope that we will be steadfast in our determination to make energy poverty history by the end of this decade.

For a complete look at our recommendations and “The State of African Energy: 2023 Outlook,” download our report here (https://bit.ly/3goAZzK).

Distributed by APO Group on behalf of African Energy Chamber.