Former Minister for Trade and Industry Alan Kwadwo Kyerematen, says every government, since 1957, has undertaken infrastructural development, and should, therefore, not be the trump card of any government defending its record in office.

According to Mr. Kyerematen, the most important thing required of any government is to create a vibrant economy which will create jobs for the people, and will result in the improvement in the living standards of Ghanaians, as well as prosperity for all.

He was therefore at a loss as to why President Mahama’s “only message” in the run-up to the December 7 elections was about infrastructural development, and not about the policy initiatives that have been put in place to improve on the wellbeing of the citizenry.

“Their message is that in the last eight years, they have been able to construct roads, school buildings and hospitals. It is a good thing. But, let me ask you one question. Have you seen any government, in Ghana’s history, which has never constructed roads, schools or hospitals?” Alan asked.

The former Trade Minister was addressing a rally at Akim Swedru in the Eastern Region on Saturday, November 19, 2016, the last day of Nana Akufo-Addo’s tour of the Region.

Alan Kyerematen told residents of Akim Swedru that the creation of jobs to solve the country’s crippling unemployment crisis will be the number one focus of an Akufo-Addo government, God-willing, from January 2017, assuring that “we, in the NPP, have the formula for job creation.”

He noted that in addition to rapid infrastructural development for every part of the country, “Nana Akufo-Addo’s message everywhere he goes is that he is coming to create jobs for all Ghanaians. The creation of jobs is what Ghanaians must look at before voting.”

The “1-District-1-Factory” policy, he stated, will be one of the programmes for the creation of thousands of jobs for the teeming masses of unemployed Ghanaian youth across the country.

“If we have 216 factories in this country, it would mean that some of the items imported from outside of the country will be manufactured right here in Ghana. When we produce these items here, it would mean the appreciation and strengthening of the Ghana cedi. If there’s a factory in every district, why would our young men and women leave their respective homes for non-existent jobs in the city centres?” he asked.

In addition to the ‘1-District-1-Factory’, Alan Kyerematen noted that the creation of an enabling environment for the private sector to flourish will be a priority area for the government of Nana Akufo-Addo.

“With many Ghanaians engaged in their own private businesses, the NPP will make sure that there is availability of capital, at significantly lower lending rates, for the growth of businesses. 90% of jobs currently created in Ghana are through small businesses. The NPP is coming to assist the private sector, so they can create more jobs for the people,” he assured.

Alan Kyerematen further revealed that to complement the ‘1-District-1-Factory’ policy and the strengthening of the private sector, “Nana Akufo-Addo’s government is going to make sure that strategic anchor industries are created to provide more jobs for Ghanaians. These industries will include iron and steel, cement, bauxite and aluminum, petrochemical industry, vehicle assembly and the manufacture of machine parts and equipment.”

He, therefore, noted that “if you are NDC supporter, and after listening to all these interventions, you will make a choice for the future of Ghana, which is voting for Nana Akufo-Addo”, stressing that “if President Mahama and the NDC had any plan for the creation of jobs, they would have rolled it out by now.” 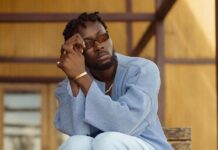 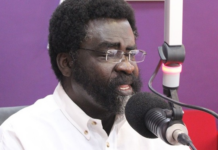