The remaining were supplied by foreign companies and other local companies who do not produce electrical cables themselves, but import and then distribute to the mining companies.

The Chief Executive Officer of the Ghana Chamber of Mines, Mr Sulemanu Koney, at a workshop on electrical cables for the mining sector said the Minerals Commission’s evaluation of mining industry’s performance relative to their procurement plans in 2015 and 2016 showed that whilst the companies’ overall performance was quite commendable, they still had issues with procurement of locally manufactured electric cables.

“In 2014, aggregate performance was 7.5 per cent and in 2015, it improved to 36.1 per cent. The objective of this workshop is therefore to identify the bottlenecks militating against the optimal procurement of electric cables manufactured in Ghana. Cursory and initial discussions point to both technical and commercial factors,” he said.

The workshop was on the theme, “Improving the supply of electric cables from local manufacturers to the mining industry,” and Mr Koney explained that it was also to look at how mining can be leveraged to grow and develop manufacturing and service provision.

He said in 2015 about US$1.5 billion was spent by mining companies to procure local inputs, representing about 48 per cent of their mineral revenue stressing that it was the desire of the industry to increase this amount to grow the country’s manufacturing and service industry.

Information available to the Minerals Commission indicate that 11 mineral right holders submitted their 2015 procurement plans on how they intend to purchase some products that they are expected to procure from local companies.

Although Mr Koney alluded to the fact that there has been a significant improvement in local procurement, he said the target was to achieve 100 per cent adding that this was possible if both the mining companies and the manufacturers understood the supply changes and worked to address them.

The CEO of the Minerals Commission, Dr Toni Aubyn said the local content agenda was being done in the interest of the businesses and society at large.

He said three key issues stood out when considering local content, namely, competitive cost, good quality and delivery time, hence the need for companies to ensure that this is done effectively to reap benefits from the initiative. 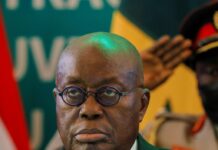 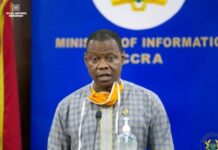