Swansea City have appointed Paul Clement as their new head coach, the club have confirmed.

Clement, who succeeds Bob Bradley, has signed a two-and-a-half-year deal at the Liberty Stadium and will take a watching brief for Tuesday’s crucial Premier League clash against Crystal Palace, with the Swans bottom of the table.

Bradley was dismissed after just 11 matches in charge last week with the club languishing in the relegation zone.

The likes of Manchester United legend Ryan Giggs and Wales boss Chris Coleman were linked with the position, but former Derby County manager Clement quickly emerged as the favourite.

And the 44-year-old has decided to leave his post as Carlo Ancelotti’s assistant at Bayern Munich in favour of a switch to south Wales.

Clement will be the fourth man to take charge of Swansea in the Premier League this term, with Bradley replacing Francesco Guidolin, while Alan Curtis was in interim charge for Saturday’s 3-0 defeat at the hands of Bournemouth and will again deputise against Palace.

Nigel Gibbs has been brought in as Clement’s assistant, with the 51-year-old having been a number two at Reading, Leeds United and Millwall, while Karl Halabi joins as head of physical performance. 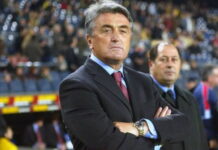 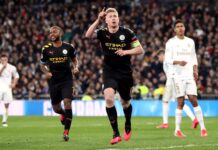