Minister-designate for Tourism, Arts and Culture, Catherine Afeku, has stated that she did not do national service as required by law.

She made this known on Monday during her vetting before the Appointments Committee of Parliament, explaining that she could not honour her constitutional obligation because she was living outside the country at the time she completed her tertiary education.

“I was living in Nairobi, Kenya at that time and because my parents were there, I was not given the opportunity to be in Ghana to undertake the national service, so, no I did not do national service, I actually worked in Kenya; for the three months that I came out of university I was in that culture seen as serving the nation … but I was not in Ghana at that time,” she explained.

Madam Afeku is not the first ministerial nominee who disclosed that she did not do National service. The Minister designate for Gender and Social Protection, Otiko Afisa Djaba also revealed during her appearance at the same committee that she never did her National Service. 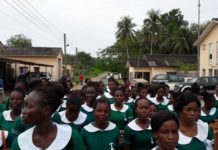 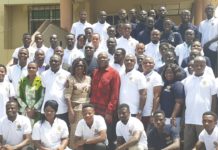