Cote D’ Ivoire will begin the second round of its Oral argument in the ongoing hearing of the maritime border dispute with Ghana in Germany today. Ghana on Monday took its turn to conclude its oral argument calling for the dismissal of Ivory Coast’s case.

This week’s hearing will pave way for ruling on the case later this year. Cote D’ Ivoire last week protested  what it describes as a threat from Ghana’s legal team to the President of the Special Chamber during its submission at the International Tribunal for the Law of the Sea.

Ghana went to the ITLOS in September 2014, under the United Nations Convention on the Law of the Sea (UNCLOS), seeking a declaration that it has not encroached on Cote d’Ivoire’s territorial waters.

Cote d’Ivoire in February 2015 filed for preliminary measures and urged the tribunal to suspend all activities on the disputed area until the definitive determination of the case, dubbed: “Dispute Concerning Delimitation of the Maritime Boundary between Ghana and Cote d’Ivoire in the Atlantic Ocean.”

“Case 23” was filed by Ghana after 10 failed negotiations.

But the Special Chamber of the ITLOS on April 25, 2015 declined to suspend production activities in the disputed area.

The Chamber at the time explained that in its view, “the suspension of ongoing activities conducted by Ghana in respect of which drilling has already taken place would entail the risk of considerable financial loss to Ghana, and its concessionaires and could also pose a serious danger to the marine environment resulting, in particular, from the deterioration of equipment.”

Cote d’Ivoire had up to April 4, 2016, to file its counter-memorial (detailed defence) as to why it should be declared the owner of disputed oilfields and adjoining seabed.

Ghana also had up to July 4, 2016, to submit a reply to Cote d’Ivoire’s counter-memorial, while Cote d’Ivoire is expected to file a rejoinder on October 4, 2016. 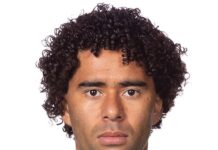