The over 200 sacked staff of the National Service Scheme have threatened a court action against the scheme in order to get their dismissal revoked.

According to their Public Relations Officer, Edwin Afetsi their dismissal was illegal and politically motivated.

The NSS on Wednesday revoked the recruitment of over 200 of its staff engaged at the dying embers of the former administration of John Mahama on the advice of the Education Minister, Dr. Mathew Opoku-Prempeh.

“This decision has been informed by a thorough consideration of violations of due process prior to the recruitment,” by the scheme’s immediate past boss, Michael Kpessa Whyte, a signed statement by the new Executive Director of the scheme, Ussif Mustpha said.

But speaking on Friday in an interview with Accra-based Citi FM, Afetsi said they were unduly targeted and that they will fight for their reinstatement in court.

“We have spoken to our lawyers and hopefully next week the case may be in court. We want that illegal decision to be revoked. They should revoke their own letter that is trying to revoke our legal appointment,” he said. 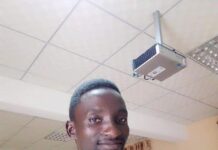 E/R: NSS person crushed to death on his way to church 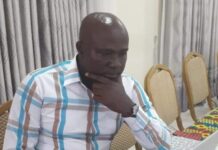