The Ghana Ports and Harbours Authority (GPHA) has bemoaned the terrible nature of the country’s rail transportation system.

This, according to GPHA’s Director General, Paul Asare makes it difficult to transport goods from the ports to the hinterlands.

He thus called for concerted efforts to ensure the connectivity of the rail system to the hinterlands.

“Without rail connectivity it is going to be very difficult the kind of expansion we are engaged in. [As a result] the rail development should engage the attention of all stakeholders for us to ensure that we establish effective connectivity between the ports and the hinterlands,” he told Starr Business News.

As part of measures to revamp the rail system, the Akufo-Addo-led government has re-introduced the Ministry of Railway with a lawmaker Joe Ghartey as its minister. 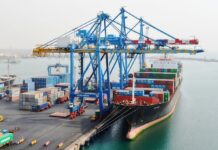 Covid-19: Gov’t suspends all charges on Cargoes at ports 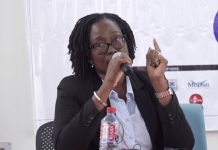