Ghana’s popular dancehall artiste Samini wants marijuana or weed to be decriminalized since it has the potential to boost the country’s economy.

The “Linda” hitmaker confessed he smokes the illegal substance but do so in private. However, the award-winning artiste is pushing for marijuana to be legalized.

He opined: “I know it’s illegal. Whether I do or not… I do it in my current privacy. I don’t smoke cigarette.”

“I wouldn’t say yes or no because it depends on my mood,” Samini remarked when pressed whether he still smokes the substance or otherwise.

However, he recalled that “I smoked weed in Seattle – because it is legal there” this year.

“Ghana should decriminalize weed and give farmers the license to grow weed since it does well on our soil and allow them to export the substance.

“We can ban it for people not to smoke on the streets, but a farmer with a good soil can be encouraged to package and export,” the one-time Artiste of the Year suggested.

It is illegal to smoke or grow marijuana in Ghana without lawful permit. 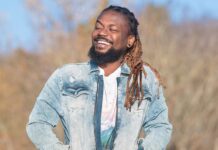 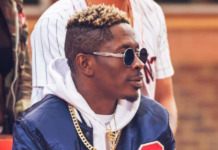 Shatta Wale’s case adjorns to May 25