Rachael Achia who completed school in 2016 and got aggregate 9, could not raise the fees to enroll at the Ghana Senior High School as a result of her father’s death.

Her attempt to enroll this year has also hit a snag as she was not placed by the Computerized School Selection and Placement System.

Rachael told Starr News’ Eastern Regional Correspondent Kojo Ansah that all hope is lost as she cannot go back to write the BECE again as suggested by her mother.

“When I completed school last year I lost my father and I was unable to enroll at Ghana Senior High School in Koforidua and my Mother asked me to stay at home till this year for free SHS.

“My forms were filled and sent to Accra for placement into Senior High School but I wasn’t placed by the Computerized placement system and my mother has asked me to go back to JHS and write the BECE again but I feel all hope is lost because I cannot go back and write after getting aggregate 9,” She said. 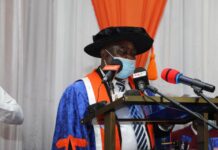 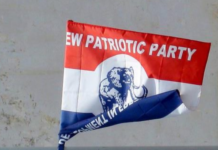