Striker Diego Costa has completed his move back to Atletico Madrid from Premier League champions Chelsea.
The two clubs agreed terms last week and the 28-year-old Spain international passed his medical on Monday.
However, he cannot be registered to play for the La Liga side until January 1, when the club’s transfer window ban comes to an end.

Costa left Atletico for Chelsea in 2014 and scored 59 goals in 120 games appearances for the Blues.
He won two Premier League titles and the League Cup with the club, but found himself exiled at Stamford Bridge over the summer.

Costa was told by text message that he was not in boss Antonio Conte’s plans for this season and he spent much of August in his native Brazil.
Conte takes his Chelsea team to Atletico Madrid in the Champions League on Wednesday, and he said of Costa: “As I’ve said before, I have no problems with Diego.

“We wish the best for him in the future and the rest of the season.”
Problems between Costa and Chelsea surfaced earlier in the year when he was left out of the Chelsea side for an away match at Leicester having been involved in a dispute with a fitness coach.

This followed reports of an offer from China that would have been worth £30m a year in salary. At the time, Chelsea said they had no intention of selling him.
Later in that month, Tianjin Quanjian’s owner said a bid to sign Costa had been scuppered by new rules over foreign players in the Chinese Super League. 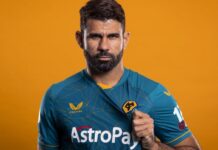 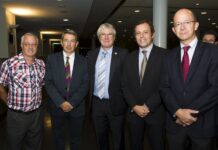 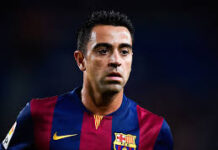