The Minister of Energy Boakye Agyarko has disclosed that the government in partnership with the private sector will build a new oil refinery at the cost of $4 billion.

The new refinery, according to the Minister, is expected to produce about 150,000 barrels of oil per day which is eight times the current production of the Tema Oil Refinery (TOR).

The disclosure comes in the wake of some bad blood between energy think-tank, Institute for Energy Security (IES) and the management of TOR.

TOR has completed the first phase of plant stabilisation and enhancement projects on the crude distillation and residual fluid catalytic cracking units at a cost of $30 million. With 45,000 barrels per day capacity, TOR should be able to refine over 16 million (16,425,000) barrels of crude oil annually.

Speaking at the Down Stream Colloquium organized by the National Petroleum Authority (NPA) Wednesday, Mr. Agyarko further hinted TOR will be phased out once the new refinery is fully operational.

“We in Ghana are running perennially short of petroleum product and it reflects in the instability of the demand-supply equation, which means that price keeps on creeping up because we are not able to manage the supply side effectively,” he said.

“The idea therefore,” he continued, “is to create a hub in the Western region where you have the refining, the storage, the transportation and trading all happening within an enclave [and] it will be largely export orientated.”

He said the idea “subsequent to this [building of the new refinery] which has been discussed with the board of TOR is to make sure that in the next three to four years we build a new TOR, brand new TOR of about a hundred and fifty thousand barrels per day through…and then gradually, ease out old TOR which becomes a tank farm for the new TOR.” 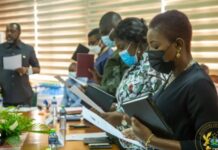 TOR yet to refine crude 8 months after new MD, board appointment – INSTEPR 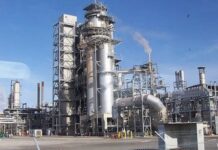