We hereby introduce RIO, Refugee Integration Organisation, that helps Refugees, Persons of Concern (PoCs), and Internally Displaced Persons (IDPs) to integrate culturally and economically into host societies. We are headquartered in Ghana with operations in Africa and South America. We believe in equal rights, hence the 3 pillars upon which we are built: Respect, Integration, and Opportunity.

All human beings deserve to be accorded due respect, and must be culturally and economically integrated into whichever societies they find themselves, without their rights, liberties, and freedoms being infringed upon!

In light of the recent news of the atrocities being wrought upon our fellow Africans and humans in the country of Libya, we, by election, by prescription, and by humanitarian mandate, write you this letter, distinguished African Union, to urge you to stand up and fight against the tyranny in Libya, and to fight for the very people you exist to safeguard. Distinguished African Union, in observance, albeit from a distance, on what has already been done by certain International Community members, we have a few suggestions we dearly hope you take into account.

Distinguished African Union, we beseech you in the name of the sacrifices that were made by yourselves and many others in order for a body such as yours to exist; we plead to you as fellow nationals of Africa; we implore you as people who are in grave pain for the plight of our brothers and sisters; raise your voices, employ your power, and help! Help!

We hope and look forward to your speedy action towards the stoppage of slavery in our regions, and the sacking and prosecution of the perpetrators, all within the purview of the concerned governing laws! 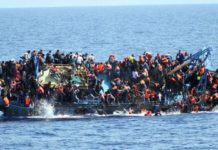 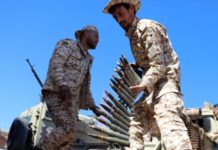