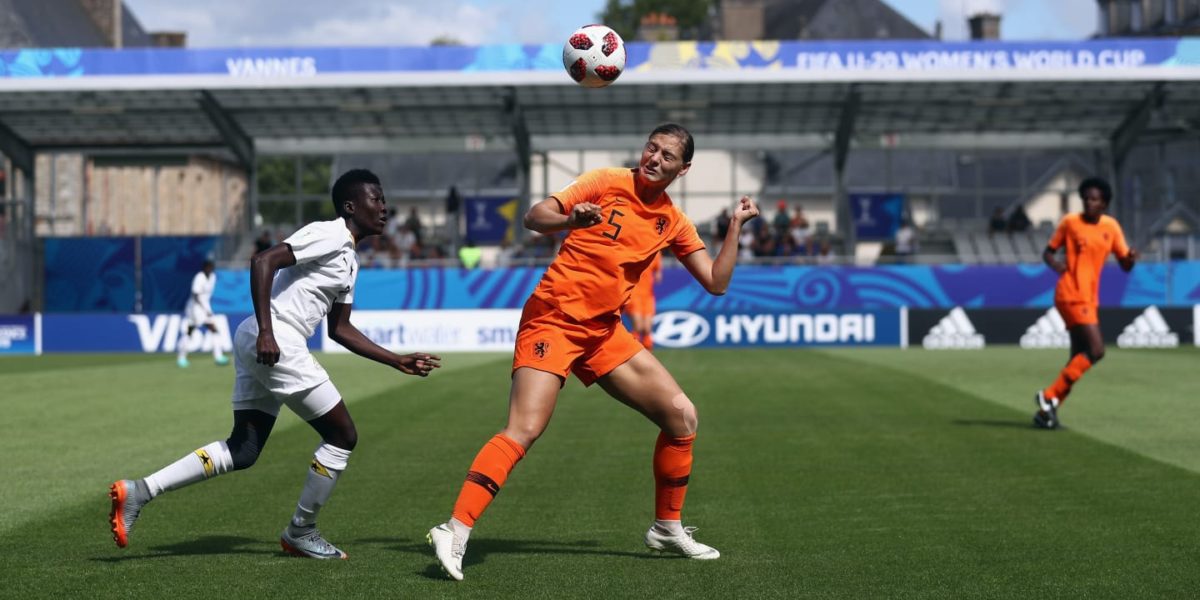 Ghana’s Black Princesses suffered a second straight defeat at the ongoing  FIFA U-20 Women’s Cup with a 4-0 loss to the Netherlands.

The Black Princesses hopes in the competition have been put down the drain having lost their opening two matches.

Aniek Nouwen got the first for the Netherlands with a wonderful header after 21minutes of action.

Fenna Kalma added another for the Dutch in the 28th minute before getting another and her side’s third 4minutes later.

Victoria Pelova rounded up victory for the Europeans with another goal 10 minutes from time.

The Black Princesses will take on New Zealand on Saturday in what could end up as an academic exercise .

FIFA U-20 WWC: Ghana’s ‘One Man Supporter’ Named Fan Of The Day