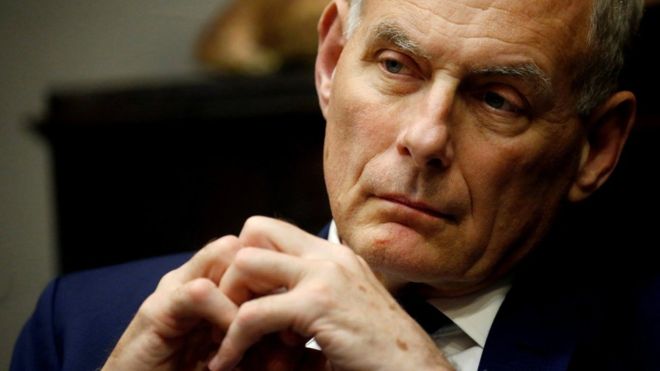 President Donald Trump has announced that his chief of staff John Kelly will leave his job by the end of the year.

There have been persistent reports for several days that Gen Kelly was under pressure to go.

Some reports said that the retired Marine Corps general’s relationship with Mr Trump had deteriorated.

But Mr Trump described Mr Kelly as a “great guy” and said a replacement would be named “over the next day or two”.

“He’s been with me almost two years now, between two positions,” Mr Trump said. “I appreciate his service very much.”