President of Liberia, George Weah, has accepted an invitation to be part of The Match, an event aimed at celebrating the sports achievements of Lagos State Governor, Akinwunmi Ambode, in March, 2019.

Speaking at the Government House in Monrovia on Thursday, when two of the organisers of the event, ex-internationals Waidi Akanni and Samson Siasia, paid him a visit, Weah, the 1995 World Footballer of the Year, expressed delight to be part of the event.

Weah, who was presented with a customised jersey with his traditional Number 14, sent a beautifully handcrafted Christmas card to Ambode.

“President Weah was very happy when we met him for a private breakfast session at his official residence on Thursday morning. He’s really excited to be part of the celebration of excellence where other former African stars will also feature,” Akanni said.

Former Super Eagles coach Siasia said he was happy that Weah accepted the invitation to be part of The Match, which would be used to officially inaugurate the Onikan Stadium currently under renovation.

Twenty-one African football legends including Didier Drogba and El-Hajj Diouf have been selected to participate in ‘The Match: A Celebration of Excellence in Sports’ project scheduled to hold March 16, 2019.

Some of the other former African stars who have been approached for the game include Ivorian Kolo Toure, Ghanaian duo Michael Essien and Stephen Appiah. Frenchman and 1998 World Cup winner, Christian Karembeu, is also expected in Lagos.

From the home front, ex-internationals Siasia, Nwankwo Kanu, Austin Okocha, Joseph Yobo, Julius Aghahowa and several others have been listed to participate in the African All-Stars versus Nigerian Legends. 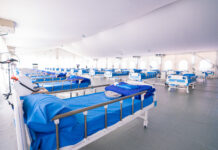 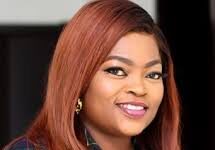 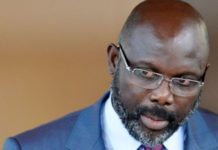