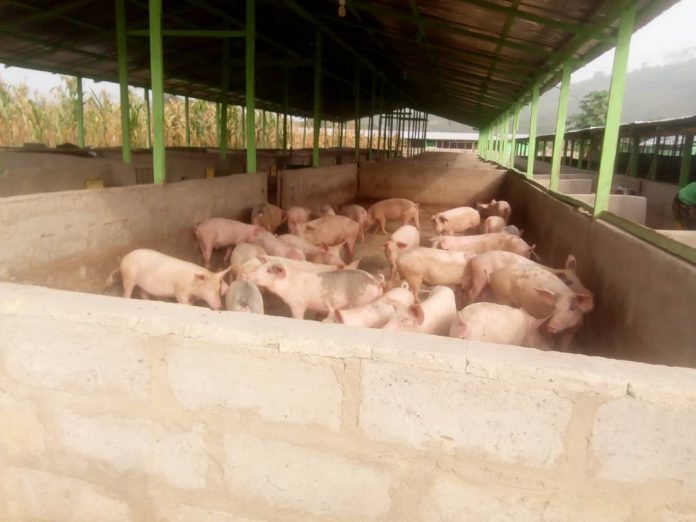 The CEO of Muzuu Farms, Daniel Nte, has urged the youth to engage in livestock rearing, particularly pig farming because it is lucrative.

He said the high unemployment rate could reduce if the youth are supported to venture into piggery which has high market demand.

Mr. Nte, who is a Ghanaian businessman based in USA, is seeking to make Ghana a net exporter of lean Pork.

According to him, pork has brighter prospects worldwide due to its high demand and Ghana must tap into the prospect.

Pork is a commonly consumed meat worldwide followed by poultry and beef. It is estimated that more than one billion pigs are slaughtered every year globally for consumption. It has high nutritional composition and noted to be better alternative to red meat. Pigs supply skin, fat and other materials for use as clothing, medicine, cosmetics among others.

China with a fifth of world’s population is the largest producer and net importer of pork worldwide.

It has been estimated that pork consumption in China reached 54 million tones in 2018. USA and Russia are also among top pork consuming countries. Pork is high in protein, essential vitamins, minerals and amino acid for overall health.

The trade value of pig products globally runs into billions of dollars yearly but Africa enjoy less than 5% due to low investment in piggery farming and pork production to serve both local and international consumption demand.

The Food and Agriculture Organization (FAO) and Organization for Economic Co-oporation Development (OECD) Agricultural Outlook report is predicting rise in global meat Consumption by 1.4% which translates to additional 51 Million tones by 2024 with pork consumption expected to grow by less than 1% annually.

In the last decade, there has been growing demand for pork in Ghana evident by increasing number of both cooked and grilled pork selling points across the country.

At Anchiase a farming community in the Asuogyaman District of the Eastern Region, Mr Nte has established one of the biggest piggery farms in the country called Muzuu Farms.

Attached to the farm is a slaughter House and an ultra modern meat processing factory aimed at producing wholesome pork for the local market in short term and the international market in long term. Muzuu Farms has 1,500 pigs of different breeds. It also has 1,600 broilers, 37 goats and 25 cattle. It supplies to malls and restaurants in the country.

“I came to Ghana in 2014 and I decided to go and buy meat at the Akosombo Market and the way I saw flies all over the meat I couldn’t even buy it so I left,” he recalled what led to the setting up of his outfit. 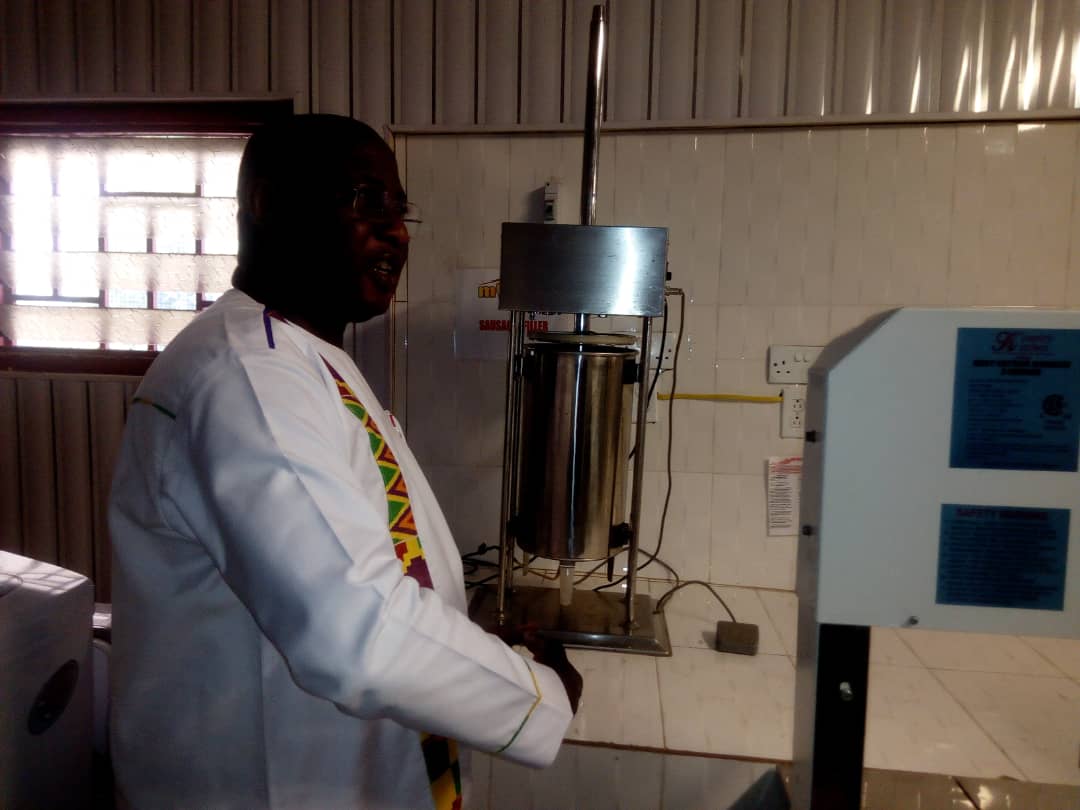 He added: “I also went to Akosombo, their slaughter place too wasn’t too great. So I said to myself can I bring California to Ghana? So I went back to California studied what we have there, did my own drawing, came down to acquire the land and started this project. The buildings and everything started in 2015 and by 2016 we started running.

“We started with 35 Sows and Boars and within eight months we were able to get about 300 piglets. Since then we’ve been growing as at now we have about 1,500 pigs of different breeds. We sell a lot – at least 50 pigs a week. The type of feed we give the pigs make the pork less fat [and] you may think it is beef. We supply most of the Malls in Accra our major Mall is Marina Mall.”

They also produce chicken, beef and various types of sausages for the local market.

Mr. Nte is looking forward to exporting tons of processed lean pork in a couple of years to come while using various components as raw materials for other products.

He urged the youth in Ghana to be honest to investors to encourage more investment to help fix high rate of unemployment in the country.