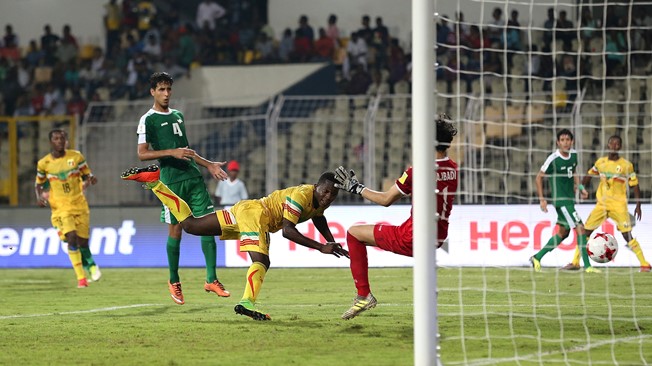 Mohamed Magassouba insists a poor Africa Cup of Nations record against Ivory Coast will not intimidate Mali when they take to Suez Stadium for Monday’s last-16 tie.

Impressively efficient in reaching the knockout stages, Mali must now make history if they are to advance to the quarter-finals for the first time since 2013.

Ivory Coast ended the Eagles’ run at the semi-final stage in 2012 and are undefeated in all four previous encounters between the teams at the tournament.

But after topping Group B, and notching six goals along the way, Magassouba is brimming with belief.

“History is for historians,” the Mali boss told reporters at his pre-match news conference.

“We are footballers, not historians. At some point, everyone has to write their own story. Tomorrow is another page we will write and we hope to make the most of it.

“We have prepared a team to play at this tournament and we are convinced that we have quality.

“We are confident of continuing our adventure.”

Ivory Coast, runners-up to Morocco in Group D, found much-needed scoring form in their most recent outing as they put four past Namibia.

Crystal Palace star Wilfried Zaha notched one but he and Lille winger Nicolas Pepe, an unused substitute last time out, will have to narrow their focus amid transfer links to Arsenal and Liverpool respectively.

Head coach Ibrahim Kamara assured the Elephants are in the right psychological state for a high-stakes affair.

“We will approach the match against Mali in a combative state of mind,” Kamara said.

“We know there is no second chance. It’s win or we go home. The boys are ready for that.”

Set to arrive in the Premier League with a reported price tag of £14million, new Southampton signing Djenepo could give Saints fans a whole lot to get excited about if he lives up to expectations in this match. Raph Hasenhuttl regards the young winger as “an exciting player with tremendous pace and good finishing abilities,” attributes that have earned two Africa Cup of Nations appearances to date.

In a squad stacked with a fearsome array of attackers, Toulouse wide man Gradel has stood out as the one constant for coach Kamara. The 31-year-old, who reached double figures for goals in Ligue 1 last term, held his place while Pepe and Jonathan Kodjia were dropped in the wake of a 1-0 defeat to Morocco, and rewarded the faith by opening the scoring against Namibia.

– Mali won two matches in securing qualification from Group D, twice the number of victories they recorded in their 11 previous Africa Cup of Nations games.

– Ivory Coast have beaten Mali in three of their four previous Africa Cup of Nations encounters, drawing the other.

– Mali midfielder Diadie Samassekou finished the group stage with more interceptions (10) than any other player.

– Magassouba’s men are the only team to boast a greater number individual goalscorers (six) at the tournament than Ivory Coast’s five.