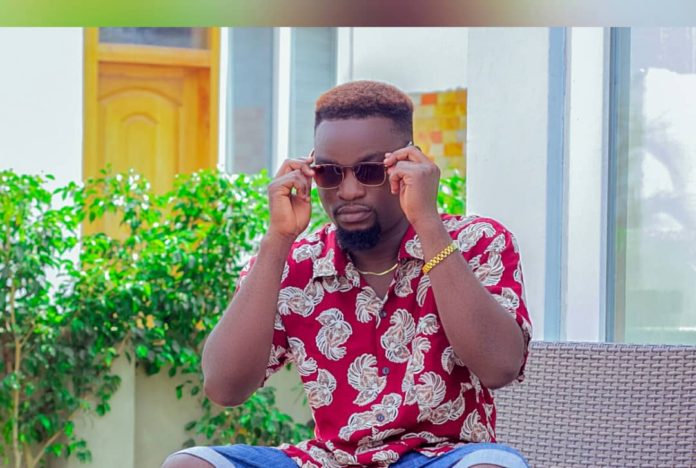 George Darko, a Ghanaian recording artiste and entertainer who performs under the name Dee J, has officially announced his decision to rebrand as Jorge.

According to Jorge, the change in stage name became necessary because it represents the future of his career; creating a unique identity for himself to be easily recognized within the music fraternity.

“The sudden name change was prompted by my decision to be associated more with who I am as a person; I got Dee J from my real name but I have had people thinking am a ‘DJ’ whenever I mention my stage name, so this to avoid controversies in the near future”, he added.

Speaking with the GNA Entertainment on Monday in Accra, the rapper revealed that as part of his rebranding process he would be releasing a couple of freestyle videos on his social media platforms, hence, @jorge_therapper.

He noted that this would not only help build the new brand but also help penetrate into the limelight.

Jorge also reiterated his commitment to trumpet his anti-bleaching campaign, saying “so would urge you to join the effort, let’s increase the awareness creation efforts; let’s say no to skin bleaching”.

He intimated that despite the efforts being made by Food and Drugs Authority, Ministry of Health and the Ghana Health Service, the practice was still widespread and the market for such bleaching products kept expanding, hence the need for concerted effort to curb the menace.

He had his elementary education at Calvary International and the Radiantway Basic School.

From there to Wesley Grammar School and held the position of the Entertainment Prefect in 2008.

He again attended the Ghana Institute of Journalism, where he studied Communication Studies.

The Madina-born rapper started his music at a very tender age at Radiantway Basic School when he had the opportunity to meet and interact with one of Ghana’s finest rappers, Okyeame Kwame.

As a youngster, Jorge developed an interest in partaking in music contests in his school and neighborhood.

He has then nurtured his skill over a period, plays with words and usually rhymes to address issues.

He has a dream of exposing Ghanaian music particularly Hip Life and Hip Hop in an entirely different dimension to the rest of the music world.