President Nana Addo Dankwa Akuffo-Addo may attract a zero score on his performance card as far as his Jamestown Declaration is concerned-when he boldly stated his vision to make Accra the cleanest city in the whole of Africa by the end of his first term. This is due largely to his own negligence and what appears to be the nonchalance of his appointees.

When Nana Addo, secured the safe seat of the Presidency for the next four years he created a Ministry exclusively to focus on Sanitation and Water Resources (MSWR) and appointed a minister and two deputies to run that office. This action was widely lauded by Civil Society Actors, Local Governance Practitioners and many partners in the Sanitation space including waste management expert and industrialist Mr Joseph Siaw Agyepong. The commendation was easy to comprehend-this is because it signalled a renewed interest and determination to prioritize sanitation matters.

Indeed, the Zoomlion owner expressed severally that the President’s vision was achievable and that the private sector will do everything possible to help the President achieve his aim.

However, the expectations of Ghanaians after three years points to an unsatisfactory score largely due to the lack of appreciation of contemporary waste management and sanitation approaches by either President Nana Addo or his appointees.

Commendation must go to the Mayors of Accra and Kumasi Metropolitan Assemblies for their proactive approaches in trying to solve the waste menace under their jurisdiction by the “arrest and prosecute” methodologies using the sanitation court systems and the street bin.

The Sagnarigu District Chief Executive Mrs Mariam Iddrissu deserves more commendation for single-handedly implementing the street bin approach in the whole of the Northern sector of Ghana. On her stretch in the Tamale Metropolis, she has positioned bins on the street for residents to dump waste and that has improved sanitation in the area.

Many are the calls that waste management and sanitation for that matter are a shared responsibility to the extent that the President even directed department and agency heads to make every day a sanitation day.

Once the waste is generated, the issue of the waste bin, communal containers, the landfills and human factor come to mind. All these, Zoomlion has worked assiduously to ensure availability and doubles to educate the public against indiscriminate waste disposal.

Lately, owners of Zoomlion Ghana Limited have even apart from their many interventions pioneered a new technological discovery which has by far in performance and efficiency, demonstrated the capability of displacing the landfills which are expensive due to the vast land required, low job opportunities and the peril it poses to the health of the public.

The modern innovative technology being referenced is the Integrated Recycling and Compost Plant (IRECOP), commissioned under the New Patriotic Party and Nana Addo Dankwa Akuffo-Addo’s leadership, the plant recovers 80 % of waste lodged into it, creates 1,000 job openings and supports governments 1D1F program. IRECOP which is located at the Accra Waste Recovery Park processes 200 tons of municipal solid waste per 12 hours into organic fertilizer totalling 216,000 bags annually potentially displaces if not reduces some 864,000 bags of chemical fertilizers imported per anum into Ghana.

Fortunately for Nana Addo’s government, during my enquires, Zoomlion confirmed to me that 16 of such plants have already been procured with financial support from their partners to be replicated in the 16 regional capitals, meaning there will be no big and mountainous landfills and because IRECOP is operated under modern hygienic conditions, there will be minimal health hazards to the citizenry. 16 plants simply mean therefore the average of 16,000 jobs in the waste management value chain in Ghana.

Unfortunately, the shocking aspect of it all is that government after commissioning this plant which was done by the office of the Vice President Dr Mahamoud Bawumia, has not been able to sign just an off-taker agreement with Zoomlion Ghana Limited to encourage it to replicate the project in other destinations and regions. This position I have come to is the result of my investigations at the MESTI and Sanitation Ministry.

Indeed, my sources at Zoomlion have also confirmed that the firm is still struggling to get the attention of the government to sign such an agreement.

Landfills have long outlived their value compared to the IRECOP which is able to reduce the waste drastically by using all the organic waste for compost for the agrarian population, recycling the plastics into waste bins, plates, bowls, chairs and tables and using the metals and glasses with textiles for other purposes.

Managers of IRECOP are more than capable and willing to receive all waste generated in Accra and its environs, therefore all waste contractors are encouraged to use the plant to recycle their collected waste to avoid long travels.

Research has established that 61% of the waste generated in Ghana is organic and 14% plastic which is all processed at IRECOP with paper and textiles which is 5% and 2% respectively bringing the total to 82%. IRECOP receives between 280 to 360 tons of municipal solid waste a day meaning a chunk of the waste generated in the cities could be taken care of if we have IRECOP situated at vantage places.

The IRECOP system does not need vast land to operate and the waste is reduced to the barest minimum such that out of 50 trucks that dislodge waste at the plant, the end product (residue) can by estimation be compressed into 2 to 3 trucks after the sorting and recycling at IRECOP.

In a similar vein, research has also revealed that the longest-serving landfill site in Ghana has been Mallam Dumpsite (1991-2001), the rest have survived barely for less than five years meaning landfilling is not sustainable compared with IRECOP model.

My major concern now is why Nana Addo doesn’t want his vision to come to reality if the private sector is this supportive of his agenda? Or he meant to pay lip service just to whet the appetite of Ghanaians for a cleaner environment only to be retreating towards the end of his tenure?

The Local Government Minister Hon. Hajia Alima Mahama, Prof. Frimpong of MESTI, Mrs Cecilia Abena Dapaah, Minister of Sanitation and Water Resources including Hon. Samuel Atta Akyea, Minister of Works and Housing and Dr Ibrahim Awal, Business Development Minister, have all seen the positives of this plant, so the million-dollar question is; why have they failed to convince the President about this laudable idea if indeed they mean well for his vision?

The Kpone Landfill has become a death trap, same with the Gbalahi Landfill in Tamale likewise the Tuobodom Landfill which is in the heart of the town in the Bono East Region and will soon explode to the detriment of the Ghanaian.

My interaction with residents at Kpone in the Kpone-Katamanso Constituency of the Tema Region has raised serious concerns about the way the Kpone Landfill poses a serious threat to their lives at the moment.

Mr Kofi Okrah a resident of the Kpone area complained of intermittent but overwhelming fire outbreaks on the landfill since the coming into operation of a Chinese ceramic company which uses fire to harden their products about a year now. He said the fire has brought about pungent smoke for several weeks making it difficult for residents to breath.

Another resident, Nana Yaa confirmed that many of the residents including her have contracted respiratory diseases which have made it impossible for them to feel the taste of any food they eat lately. They are further scared it may escalate.

In Tuobodom, in the newly created Bono East Region, residents say they can’t stand the stench of the landfill and all calls to the government to evacuate the landfill has been on deaf ears.

The urgency in their situation cannot wait any longer.

One other serious avenue worthy of recognition is the Abokobi dumpsite. This place was started unprofessionally without due diligence to sanitation protocols. Today, the place is left at the mercy of the weather where every other rain washes it down to the various homes, shops and offices where the people are exposed to the results of the health hazards.

The people have prayed and waited for the government to raise them up, but nothing good has come as a result of their cry, what should they do? keep crying or die? The answer is with our leaders, save them or allow them to die.

Our leaders can no longer ignore our calls for their attention, it is our taxes, not taxes not your individual money, use it in the manner that will safeguard our lives not yours by adopting the IRECOP to create more jobs for the teaming youth and sanitise the waste management system in Ghana.

The writer is a sanitation enthusiast based in Tamale, Ghana: 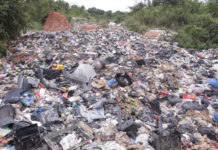 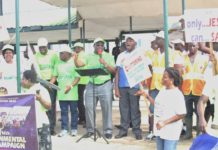 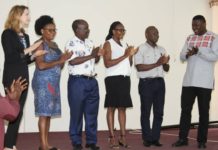