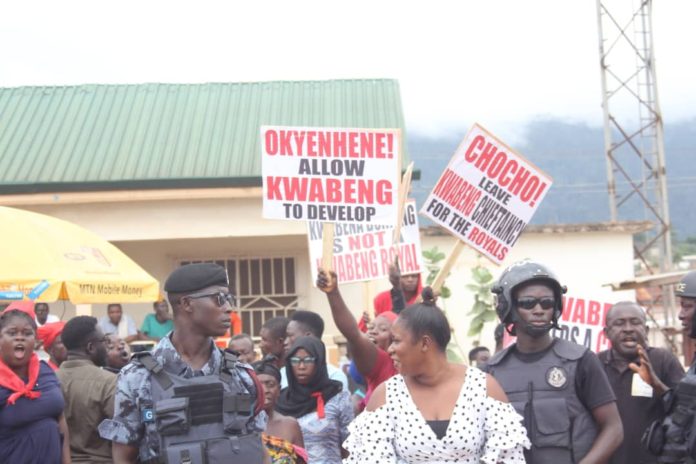 At least four persons have been injured in spontaneous clashes between the security detail of Okyenhene Osagyefo Amoatia Ofori Panin and a feuding Chieftaincy faction at Akyem Kwabeng in the Eastern region.

The protesters mainly from the feuding faction of Akanwenem Royal Family lined up at the roadside of Akyem Kwabeng Tuesday holding placards with varied inscriptions to protest Okyenhene’s visit to Daasebre Ayimadu Kantamanto II, the embattled Chief at the Gyaase Palace.

The Security team of Okyenhene fired about 15 warning shots amidst beating of the protestors -both male and female to ostensibly clear the road for the passing of the Overload of Akyem Abuakwa .The attacks led to the injury of at least four of the protestors .

The Heavily Armed Security Presence of both Military and Police swiftly helped to maintain calm inspite of widespread tantrums by the feuding faction.

Addressing a durbar of Chiefs and subjects, furious Okyenhene demanded apology within four days from the royal family or risk being delisted and banned from the list of royal families in his traditional area. He warned Okyeman will not tolerate any act of insubordination.

Okyenhene Amoatia Ofori Panin is touring 16 towns in the Akyem Abuakwa Traditional Area since September 9, 2019. He is expected to end the tour on September 26,2019 at Apapam.

The Akyem Kwabeng stool has been wrecked by litigation for about 32 years now. Installation of previous chiefs has therefore been characterized by tension and pockets of violent clashes.

It is unsurprisingly after the demise of the late Chief- Daasebre Aboagye Oware Nkwantabusa II in 2014, the dispute resurfaced strongly leading to heightened tension and clashes.

But even before the event could take place, the Abuasuapanin of the royal Asona Akanwenemfamily of Kwabeng, Barfour Oduro Firikyi, instructed his lawyers at Oseawuo Chambers to petition the Eastern Regional Minister and copied the Atiwa West District Chief Executive, the Regional Police Commander and the Divisional Police Commander against the intended installation stating that “the purported installation is without the consent and authority of the royal Akanwenem family at Kwabeng” who are the kingmakers of the land He questioned the authority of DM Ofori-Atta, Secretary to Okyenhene in supervising the ceremony having filed a petition which was pending before the judicial committee of the Akyem Abuakwa Traditional Council concerning who is eligible to succeed the late chief..

The enstoolment, however, went on and coronation was held on Monday, June 25, 2018, and subsequently sworn to the Paramount Chief of the Akyem Abuakwa Kingdom, Osagyefo Amoatia Ofori Panin.

The Akanwenem family contended that it is the sole legitimate royal to occupy the stool however, the Supreme Court ruled all three families –Asona Akanwenem, Asona Mmabaduam and Asona Kokoben are also entitled to the stool, therefore, must rotate.

The Judicial Committee of the Eastern Regional House of Chiefs in June 2019 upheld the legitimacy of Daasebre Ayimadu II in a crucial judgment delivered on an appeal case filed against similar ruling of the judicial committee of the Akyem Abuakwa Traditional Council by the appellant- royal Akanwenem family of Akyem Kwabeng.

Delivering the judgment the Judicial Committee of the Regional House of Chiefs said the “appellant failed to establish that due processes were not followed in the enstoolment of the 8th defendant-Daasebre Ayimadu II.”

It, therefore, upheld the earlier ruling by the Judicial Committee of Akyem Abuakwa Traditional Council that per the evidence on record the proper customary steps were followed to enstool him as Kwabenghene.

It also upheld that no other person should style himself as Akyem Kwabenghene apart from Daasebre Ayimadu II with a call on the factions to reconcile and push for development in Akyem Kwabeng. 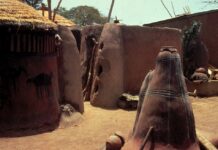 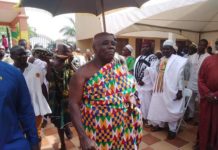 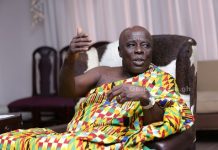