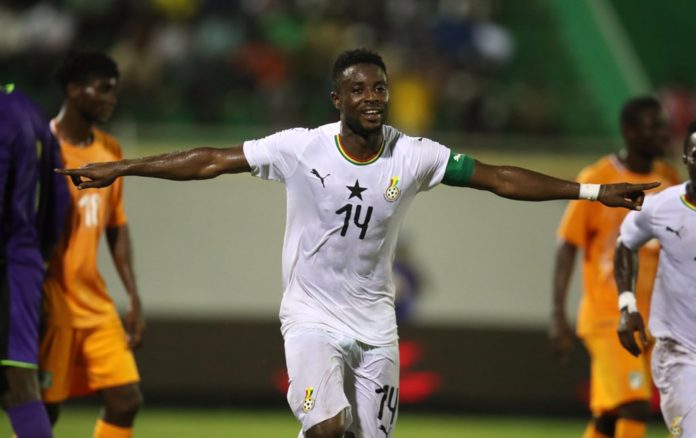 Ghana’s Black Star ‘B’ side defeated their Ivorian counterparts by 3-1 to reach the finals on Tuesday of this year’s WAFU Cup of Nations ongoing in Senegal.

Ghana’s captain, Shafiu Mumuni bagged a hat-trick for the team to reach a third consecutive final since 2013.

The AshantiGold skipper snatched the go-ahead goal before the half time whistle by firing home after a  goalmouth melee.

His second goal in the match was recorded in the very first minute of the second half after heading in an Augustine Okrah cross from the right.

Five minutes into the second stanza, Mumuni was at hand again to score his third-a header from inside the box after a prosaic delivery from Latif Anabila to paralyze the Ivorians from staging a comeback.

It was his tournament’s fourth goal.

In the 78th minute, the Elephants pulled one back through a Doumbia free-kick which looked innocuous but slipped through the armpit of goalkeeper Eric Ofori Antwi.

Ghana will face either Senegal or Mali in the final on 13 October, 2019.