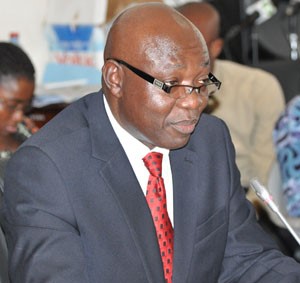 The constitutionality of allocations from the District Assembly Common Fund (DACF) to Ghana’s Members of Parliament has once again been challenged, with a call on National Association of Local Authorities of Ghana (NALAG) to seek interpretation and declaration at the Supreme Court ostensibly to stop the allocation to the MPs Common Fund.

Speaking during a sensitization and stakeholder Engagement jointly organized by the National Association of Local Government (NALAG) and Inter-Ministerial coordinating Committee on Decentralization in Koforidua, a Local Government Expert, George Kyei Barfuor, said there is no provision in Article 252 of the 1992 Constitution of Ghana that allows MPs to be given part of the District Assembly Common Fund, describing the practice as unconstitutional.

The formula for disbursement of District Assembly Common fund overtly allows MPs to receive four percent of the total allocation to undertake some basic developmental projects in their constituencies.

However, George Kyei Barfuor, wants the allocation stopped since it is an illegality.

“It is explicit and entrenched provision that 5% of the country’s total revenue be allocated to District Assemblies. Are MPs District Assemblies, why should we give them allocation. It is unconstitutional. I challenge you the Assembly Members under the umbrella of NALAG to take it up. We have fought over this but to no avail. Somebody must go to the Supreme court for the Supreme Court to interprete Article 252 ”

This is not the first time MPs Common Fund has come under attack over its unconstitutionality .

Prof. Kwamena Ahwoi, a former Local Government and Rural Development Minister, who pioneered decentralization in Ghana, had said in 2011 that the allocation to the MPs was “likely unconstitutional ” explaining that, the decision to allocate part of the fund to MPs in 1997 when he was Minister, was as a result of demands from MPs for some form of financial assistance under their control to undertake development projects to end “bluffing” by Metropolitan, Municipal and District Chief Executives whenever their assistance were requested .

“Owusu Acheampong, who was the Majority Leader from the NDC and J H Mensah who was Minority Leader from the NPP side … came to us and told us bluntly that the way the DCEs are bluffing with the fund, if we don’t give them some, they won’t approve the formula (for the sharing of the fund). It was as blatant as that. And I told them that that would be unconstitutional and they said ‘Yes, we know, but we too we need to do some projects in our areas etc’. … It became a big argument, and it was a losing argument, because the battle was being waged by the Majority party, which was my own party, the NDC.”

The Late President John Evans Atta Mills in 2009 stated during President’s Sessional Address that, he was going to set up Constituency Development Fund to separate from the DACF to stop the illegal allocations while providing funds to the Lawmakers to embark on basic developmental projects for their constituents, but the establishment of the Fund did not materialise.