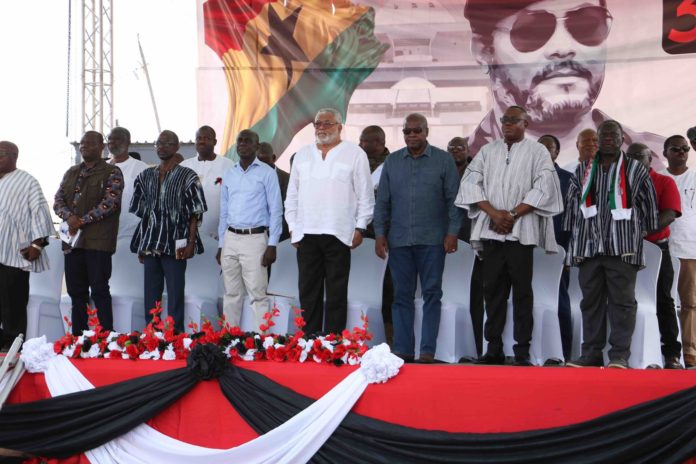 Former President JJ Rawlings has urged the Governing Council of the University of Education, Winneba (UEW) to ask the Vice-Chancellor of the school Prof Afful-Broni to step aside until investigations about him are over.

According to Mr Rawlings, “more than 20 dismissed staff at the UEW are going through discontent and pain.  I hope this important matter is given the urgency and attention that is required”.

Speaking at the 38th-anniversary of the 1981 coup at Winneba in the Central region, Mr Rawlings said: “First of all, I commend the government for their prompt intervention by laying a roadmap for the peaceful resolution of the matter after I expressed my initial concerns. From the records of EOCO and other state agencies the affected individuals were exonerated as there was no evidence of misconduct established against them. Ironically the current Vice-Chancellor who was indicted in the same report still remains at post.

“Notwithstanding the effort of government towards immediate resolution, no significant progress has been made after more than three months. More than 20 dismissed staff at the UEW are going through discontent and pain.  I hope this important matter is given the urgency and attention that is required”.

He added: “I understand there are investigations ongoing regarding the current Vice-Chancellor. It will be appropriate for the Council to request that he steps aside for fairness to prevail as has been the practice with other similar circumstances in the past.

“We should not allow the distortions of our history to continue. Everyone here who claims to be an adherent of the decade that stopped the socio-political decay in our country must recognize the calculated efforts to destroy the legacy that we all laid. Those who have allowed corruption to rear its ugly head, and permitted it to fester, want to belittle the discipline, the law and order we introduced into this country, so they can justify their corrupt tendencies”. 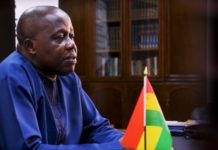 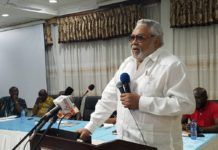 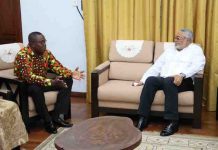