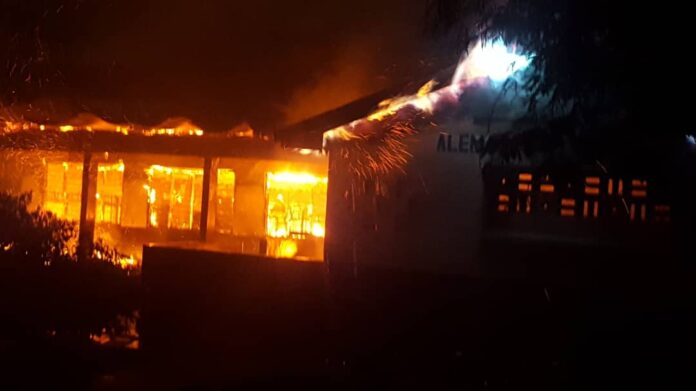 Fire has gutted the entire dormitory of Alema hall at the Accra Academy school, a few days after a similar incident on the campus.

It is not yet known what caused the fire but reports indicate that the entire dormitory has been destroyed by the fire.

The fire started around 7:00 p.m. at Alema at a time the students were attending prep. No casualty was recorded in Tuesday’s fire incident.

However, the personal effects of students residing in the hall have all been consumed by the fire.