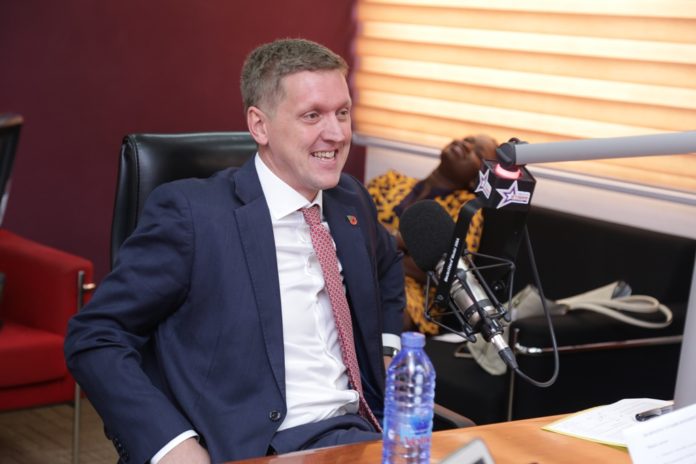 Mr Ian Walker, British High Commissioner to Ghana, says widening of the tax net was one of the surest ways to achieve the “Ghana beyond Aid Agenda”.

He said for Ghana to be self-sufficient, she has to broaden its tax base by extending the net from the formal to the informal sector to support ongoing projects such as the Free Senior High School and the National Health Insurance Scheme.

The Commissioner gave the advice at a press conference held at the High Commission in Accra on Tuesday ahead of the first UK-Africa Investment Summit (AIS) in London on January 20.

The interaction with the media was to elaborate on Britain’s quest to build long-term association and also deepen the existing relationship between the two countries through investments, trade and job creation.

He said like Ghana, the United Kingdom was also facing challenges when it came to tax collection in the informal sector, but said a change could be achieved through public education to enhance understanding of the need for the citizenry to pay their taxes.

Asked whether the Brexit would not affect the relationship, Mr Walker said trade arrangements would be the same and there would be no barriers created between the private sectors of the two countries.

The AIS would bring together respective leaders from the African region, including Nana Addo Dankwa Akuffo-Addo to tell their own story by changing the narrative of negative stories relating to poverty, among others told about the region by other media.

The High Commissioner said the Summit was also another way of realizing the “Ghana Beyond Aid” as it would help to access market opportunities that would improve Ghana’s lot.

He said Britain would expand its investments in areas such as aviation, health and commerce, including projects such as the Kumasi Airport extension, the upgrade of the Komfo Anokye Teaching Hospital, as well as the Phase II of the Kejetia Market development.

This, he said, would help check the frequent fires and sanitation issues at the Market and also give employment to the local people.

Other areas the UK would want to promote are the agricultural sector and textiles industry, he said and added that the UK was a big market for Agricultural products.

They said the AIS would be a forum for new partnership and a chance to showcase Ghana as well as serve as a springboard to take both countries to the next level.

It would also help boost investments, they added.