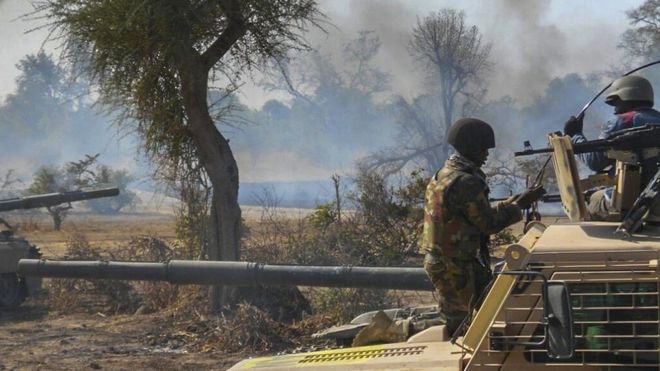 Reports from Nigeria say 16 members of the same family have been burned to death during an attack in north-western Kaduna state.

Witnesses said they were locked in a room before their house was set on fire.

A number of other people were shot dead when dozens of gunmen arrived in their village. Vehicles and other property were set ablaze.

It is not clear who carried out the attack.

Kidnapping gangs, bandits and a faction of the Islamist group, Boko Haram – known as Ansaru – are active in the area.