The NPP member at Suame in Kumasi who tried to challenge Majority leader Osei Kyei Mensa Bonsu in the upcoming primaries has withdrawn from the contest.

According to John Darko, his decision to withdraw from the race follows unsuccessful attempts to secure a nomination form.

In a statement, Mr. Darko said met the chairman of the Council of Elders of the party and Ashanti regional chairman Bernard Antwi-Boasiako before arriving at his decision.

The development comes on the back of the bloody clashes which occurred at Asante Mampong after executives of the party rejected the nomination form of former MP Addai Nimo on Wednesday.

Also, the Member of Parliament for Formena in the Ashanti region Andrews Amoako Asiamah has announced his decision to back out of the upcoming primaries of the New Patriotic Party (NPP).

In a letter announcing his decision, the legal practitioner said: “After a broader consultation with some Chiefs and other vibrant politicians who I’ve taken as my political advisers, I’ve decided with my team to withdraw from the parliamentary primaries of the New Patriotic Party”.

He also said he has been subjected to a series of unfair treatment from the regional chairman of the party and even from the national level.

According to him, the NPP regional chairman Bernard Antwi Boasiako popularly known as Chairman Wontumi is backing a candidate against him and making it difficult for fair competition to take place. 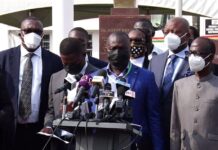 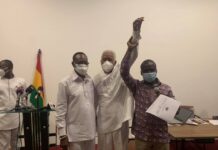