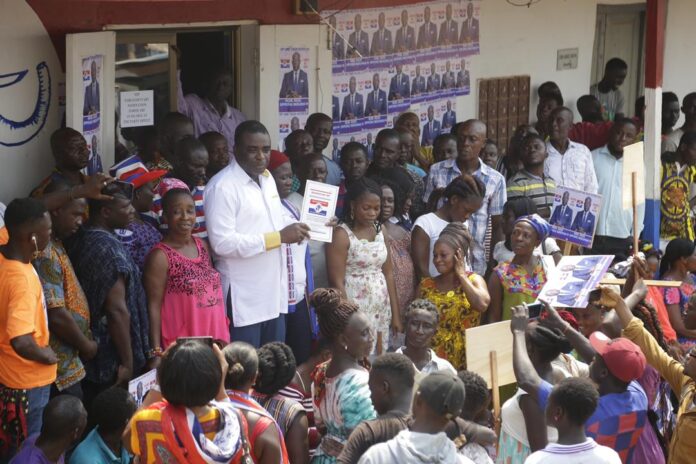 NPP polling station executives in the Ofoase-Ayirebi Constituency in the Eastern Region this morning stormed the party office to pick Parliamentary Primaries forms for the sitting MP Kojo Oppong Nkrumah.

Constituency executives and DCE for Akyemansa, Paul Asamoah were witnesses to the pick up of the forms and pleased that the party grassroots chose to take the lead in the 2020 elections for their MP.

The Constituency Organizer for Ofoase-Ayirebi Samuel Adjei Donkor popularly called Rabi in an interview with reporters said he was pleased to see the groundswell for the MP because he had executed his mandate well and deserves another term in office.

He praised Mr. Nkrumah’s dedication to the growth and development of Ofoase Ayirebi especially in the areas of health, education and youth mentorship. 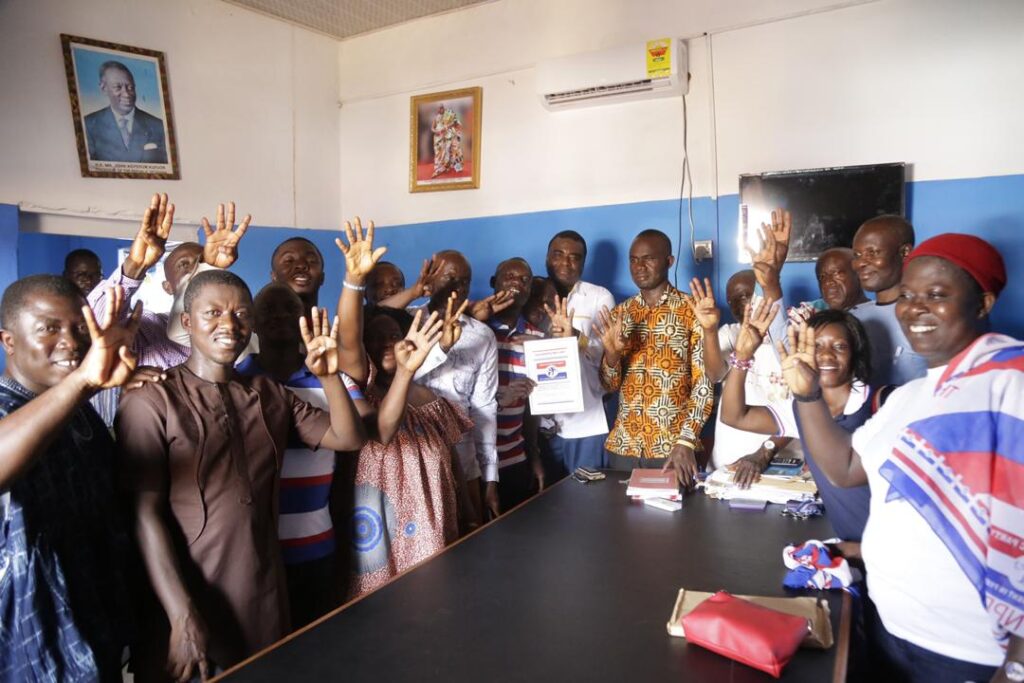 “Kojo Oppong Nkrumah has proven his worth to the people of Ofoase-Ayirebi and I’m happy to see our people eager to have him win another term in office as MP to support President Akufo-Addo complete a second term in office” he said.

The governing New Patriotic Party will hold Parliamentary primaries in all the 169 constituencies where the party has sitting MPs to elect its parliamentary candidates for the 2020 general elections.

The party will equally hold its 2020 Presidential primaries on the same date.