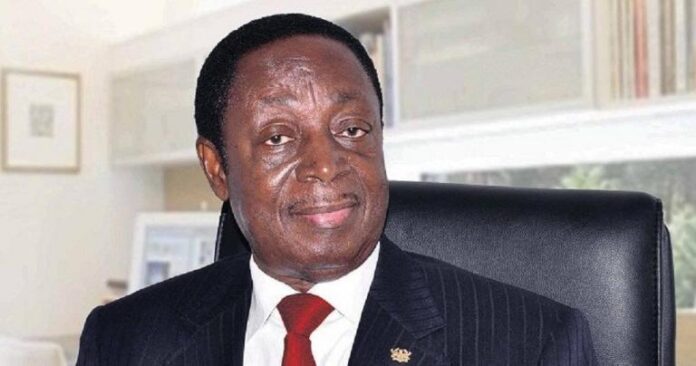 Former Finance Minister and Shareholder of unibank Dr Kwabena Duffuor, Former Deputy Governor of the Bank of Ghana, Johnson Pandit Asiama and seven others who have been charged by the state with sixty-eight (68) counts of Fraudulent Breach of Trust, Money Laundering, Dishonestly Receiving and Falsification of Accounts have pleaded not guilty to all charges levelled against them.

All nine accused persons pleaded not guilty after the sixty-eight counts levelled against them were read out in Court according to how it applies to the Accused persons and how they are listed on the charge sheet of the State. The Attorney General, Miss Gloria Akuffo, subsequently read out the facts of the case which has necessitated the action taken against the accused persons by the State.

Before applying for bail for his clients, Dr Dominic Aryine, lawyer for Dr. Kwabena Duffuor and HODA Holding (1st and 2nd accused persons) described the charges preferred against his clients as grossly misconceived and lacking any legal basis whatsoever. He further claimed that Dr. Duffuor per the charges levelled against him by the State is being treated unfairly. He invited the judge to look at the charges critically and if possible dismiss them.

Dr. Dominic Aryine in his bail application stated that his client, Dr. Duffuor, is not a flight risk and he is an innocent man of great integrity. He indicated that his client is already on Police enquiry bail and that a self recognizance bail will be a preferred bail condition for his clients if the Court is so minded to do. All other defence lawyers in the case associated themselves with the submissions of Dr. Dominic Aryine, for bail for their clients as well.

The Attorney General, Miss Gloria Akuffo, in her submission indicated the 1st, 3rd and 4th Accused persons have not been very cooperative with the State during the investigations stage, nonetheless, the State is mindful of the discretion of the Court to grant bail. She urged the court to take the circumstances of the case into account as it grants bail to the Accused persons. She said “the Accused persons have by their various conducts misappropriated some 5.7 billion Ghana Cedis and the Court ought to be mindful of same, the Attorney General stated in Court.

Justice Bright Mensah, a Court of Appeal Judge sitting with additional responsibility as a High Court Judge, admitted the accused persons to bail in the sum of 60 million Ghana Cedis each with three surieties, two of whom must be justified. The sureties are to deposit their title deeds to the registrar of the Court and the Accused persons are to surrender their passports to the registrar of the Court and will be entitled to it upon an application to the Court if there is a need for them to travel outside the jurisdiction. The Court Adjourned sitting to the 24th of March 2020. The Court before rising cautioned the defence lawyers in the case not to grant interviews to the media why the case is pending in the Court. Justice Bright Mensah added that if it should come to his notice that any lawyer has gone contrary to his order, he will report the said lawyer to the General Legal Council.

Facts of the Case

The Facts Sheet states that “UniBank went into official administration on 20th March 2018 and was placed in receivership on 1st August 2018. KPMG, the Official Administrator, in the course of its duties discovered that about GH¢5.7 billion had become due from shareholders of uniBank as of 20th March 2018. No security nor proper credit arrangements were made for the payment of the amount which remains unpaid. The debt of GH¢5.7 billion was made up of two components, namely, a Deferred Expenditure Account (DEA) together with other balances of about GH¢3.7 billion and secondly, Loans and Advances made up of about GH¢2 billion. The DEA was a general ledger account created and operated for the benefit of shareholders of uniBank. The GH¢3.7 billion was also made up of a number of transactions of which about GH¢2.4 billion constituted direct payouts for the benefit of shareholders. Out of the amount of GH¢2.4 billion, the 4th and 5th accused persons acting in concert dishonestly appropriated funds out of customer deposits and borrowings from BOG for the benefit of shareholders through a variety of means including the use of petty cash vouchers and cash pay-in slips amounting to about GH¢613 million. Out of the amount of GH¢613 million, various payments were dishonestly made to the accounts of related parties of uniBank including the 2nd accused person (HODA), HODA Properties, Numa Logistics, Integrated Properties, Topp Recruitment and Bolton Portfolio without recourse to due process contrary to proper banking practice. Corresponding entries were also dishonestly posted to the DEA”.

The Facts Sheet further states, “The 1st and 2nd accused persons between January 2014 and February 2018 dishonestly received over GH¢663,283,917.19 through subsidiaries of the 2nd accused person out of customer deposits with uniBank that were dishonestly transferred and recorded in the DEA. It was also discovered that in April 2016, an amount of GH¢35 million was dishonestly paid from uniBank funds to Ghana Oil Company Limited (GOIL) for the purchase of shares in GOIL for the benefit of Starmount Development Company Limited (Starmount), a related party. The amount of GH¢35 million was also posted to the DEA at the instance of the 4th and 5th accused persons. Between November 2015 and September 2017, at the instance of the 4th and 5th accused persons, various dishonest payments amounting to GH¢74 million were made by uniBank to fund a commercial printing and label manufacturing company, uniPrecision Printing and Packaging Company Limited (uniPrecision), also a subsidiary of HODA. These payments were charged to the DEA. UniBank failed to recover these funds from uniPrecision.”

The Facts Sheet continues, “Between December 2015 and June 2016, uniBank applied for various liquidity support of GH¢200 million, GH¢350 million and GH¢450 million from BoG out of which only GH¢150 million was paid leaving an overdue amount of GH¢850 million excluding interest. Whilst still in default in the repayment of the BoG liquidity support of GH¢850 million, uniBank borrowed several amounts through overnight interbank borrowings.
In September, 2016, the 3rd accused person, even though aware that uniBank was in a poor liquidity state and still in default of repayments due BoG, contrived a scheme whereby the 3rd accused person gave approval for the disbursement of a GH¢300 million unsecured facility to Universal Merchant Bank Limited (UMB) for the benefit of uniBank without following prescribed mandatory statutory conditions. GH¢150 million of the facility remains unpaid.

On 5th December 2016, uniBank borrowed GH¢400 million from BoG as overnight borrowing in addition to other borrowings from the interbank market. Despite its weak liquidity position, uniBank, at the instance of the 4th and 5th accused persons, dishonestly transferred a total of about GH¢325 million through UMB as payment for 51% adb shares, in the names of Belstar Capital Limited (Belstar), Starmount, SIC Financial Services Limited (SIC-FSL), EDC Investments Limited (EDC), Oscar Yao Doe and Mark Blewunyo Cofie. The balance of the outstanding GH¢850 million liquidity support from BOG was still due at the time uniBank transferred the amount of GH¢325 million funds to purchase the adb shares which compelled BOG to nullify the purchase of the shares.

The 4th accused person on 6th June 2016, dishonestly authorised the establishment of a Letter of Credit (LC) by uniBank in the sum of $12.5 million for the benefit of uniPrecision for the purchase of equipment. Investigations revealed that no equipment was purchased. Payments in respect of the LC were made by uniBank to Ecobank, Paris.”

“The total amount paid in that transaction” according to the Facts Sheet, “was about $13.5 million inclusive of interest. The 4th, 5th and 9th accused persons, acting in concert between November 2013 and February 2014, dishonestly appropriated the sum of about $9.5 million ostensibly for the purchase of shares in WAICA-Re in the names of Telemedia Communications (Telemedia), Crown Insurance Brokers (Crown Insurance), uniCredit Ghana Limited (uniCredit), HODA, uniBank, uniSecurities Ghana Limited (uniSecurities) and the 1st accused person, Kwabena Duffuor. Investigations disclosed that Telemedia, Crown Insurance, uniCredit, uniSecurities and the 1st accused person held no shares in WAICA-Re”.

“Again, between 30th November 2016 and 23rd December 2016 the 4th, 5th and 9th accused persons caused further dishonest transfers to WAICA-Re amounting to about $9 million ostensibly as payments for WAICA-Re rights issue in the names of uniBank, Crown Insurance, Star Micro Insurance, HODA, Star Assurance Limited and StarLife Assurance Limited bringing the total transfers to WAICA-Re to about $18.5 million. It emerged that Crown Insurance and Star Micro Insurance held no shares in WAICA-Re.
On 14th June 2017, the 4th, 5th and 9th accused persons dishonestly caused the entire 4,113,113 shares held by uniBank in WAICA-Re valued at $4,113,113 to be transferred to HODA without any consideration. Investigations revealed that the transfer of these shares did not go through due process.

It was further revealed that the 4th, 5th and 9th accused persons had resorted to an orchestrated scheme to fraudulently cover up uniBank’s real stake in WAICA-Re and to facilitate a falsification of the actual state of affairs of the bank in breach of banking regulations”.

“Based on these facts, the accused persons have been arranged before this Honourable Court for trial,” the Facts Sheet said at end of same. 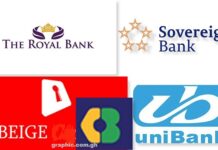