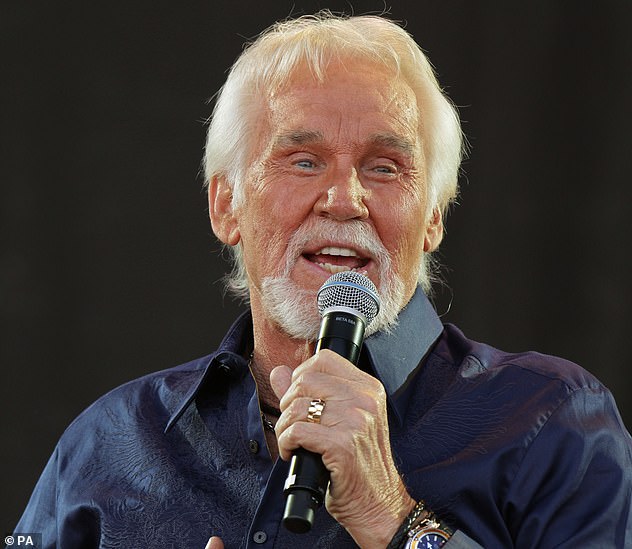 ‘The Rogers family is sad to announce that Kenny Rogers passed away last night at 10:25 PM at the age of 81.

‘Rogers passed away peacefully at home from natural causes under the care of hospice and surrounded by his family,’ a statement said.

Due to the COVID-19 pandemic, the family is planning to have a small private service at this time with a public memorial at a later date.

The husky-voiced balladeer retired from touring in 2017 after a 60-year career spanning jazz, folk, country and pop, with hits like The Gambler, Lucille, and Lady.

Kenny, who has wed five times, is currently married to Wanda Miller. The pair tied-the-knot in 1997 and have remained together since.

The singer and 52-year-old beauty are parents to 14-year-old identical twin sons, Jordan and Justin.

Also the father to three other children, Kenny revealed in 2014 that initially when he began dating Wanda, her parents did not approve.

‘Her parents are two years younger than me,’ he exclaimed to Fox News.

‘They called me when we started dating and said, “We want you to know we didn’t appreciate what you’re doing with our daughter,” and I said, “First of all I don’t blame you. I don’t think I would either but I will make you a promise. I will never lie to her and I will never lie to you.”‘