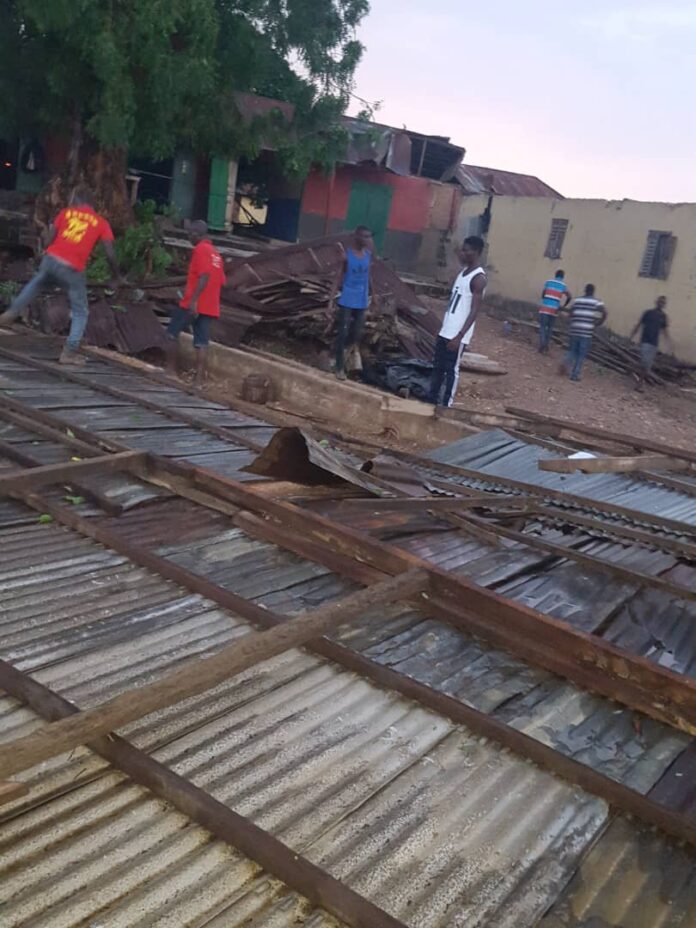 A violent rainstorm has ripped off 60 houses and displaced 460 occupants at Kwaekese a farming community in Kwahu Afram Plains North District of the Eastern Region.

Two persons were injured. One of them identified as Adzo Gbadegbe was seriously hurt hence admitted at Donkokrom Presbyterian Hospital.

The displaced residents made-up of 195 adults and 265 children have been temporarily sheltered in classrooms of St.Theresa Basic school.

The incident has affected the power supply to the community as electricity cables and poles were also destroyed. 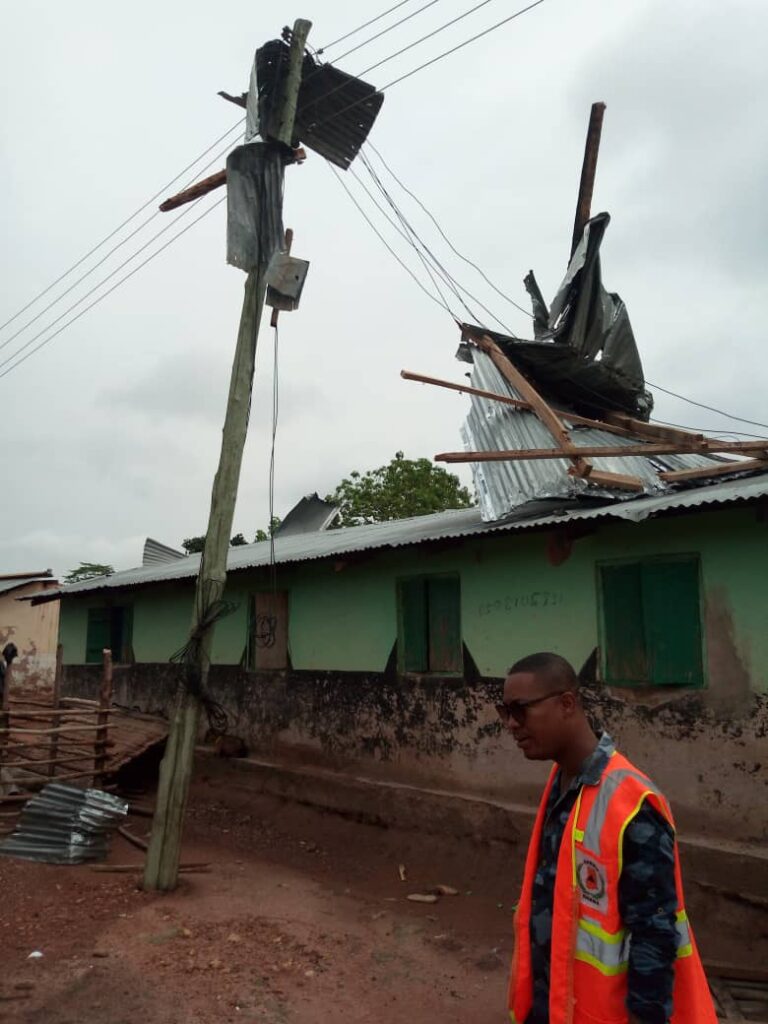 Officials of the National Disaster Management Organization, NADMO, have visited the community for impact assessment but yet to supply relief items to the victims.

Assembly Member for Bampo Electoral Area Amuh Yaw, appealed to Non-Governmental Organizations to come to the aide of the community to recover from the devastation.

He said the victims are poor farmers hence will be difficult to rebuild their damaged houses in the shortest possible time without external intervention.

According to him, due to the outbreak of Coronavirus, it is important that the victims are supported to move out of the overcrowded classrooms.