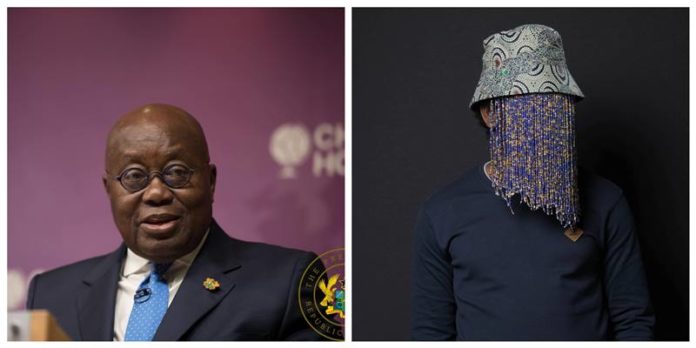 Renowned Ghanaian investigative journalist, Anas Aremeyaw Anas, and President Nana Addo Dankwa Akufo-Addo have been named among top 50 Africans who are ‘shaking up the status quo’ on the continent.

Anas was ranked 19th on the list for his bravery in naming and shaming corrupt officials of government.

“The Disruptors”, according to the African Report, are African women and men who are shaking up the status quo, asking uncomfortable questions, upending business models and fighting preconceptions.

The exclusive ranking of Africa’s Top 50 disruptors is based on three factors: innovation, disruption and heft. These criteria take into account how new the idea is, how big the change is and how many people are impacted.

Others on the ‘To 50 Disruptors’ include: 2019 Nobel Peace Prize Winner, Abiy Ahmed, President of Ethiopia; Aliko Dangote a businessman and a reformist, the President of Ivory Coast Alassane Ouattara; President João Lourenço of Angola; Koos Bekker, and a Tech king based in South Africa among others.

Another Ghanaian, Nelson Boateng of ‘plastic bricks’, placed 44th on the list.