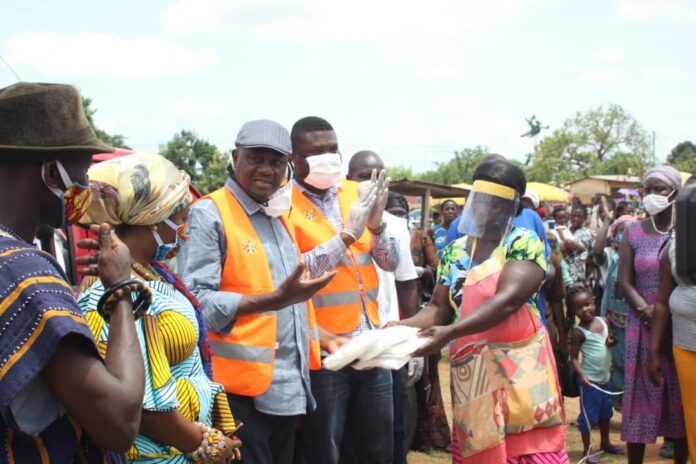 Schools and Universities have remained closed since March 15, 2020, on orders of the President as part of measures to contain the spread of Coronavirus.

However, there have been divergent opinions on whether or not schools should be reopened as the country begins to relax restrictions.

Speaking at the Information Ministry’s press briefing last week, Minister for Information, Kojo Opong Nkrumah said “with the greatest of respects it is not correct. Government is not saying that schools are to reopen soon. What we are saying is that consultation on what it takes to reopen schools is what we are currently engaged in.

He noted, “if there has been a misspeak, just to put it in its right context, consultations on what it takes to reopen schools, as part of the potential easing of the general restrictions that we are living under, are what have started.”

Mr Nkrumah, however, acknowledged the apprehension of relevant stakeholders, calling for their input in the ongoing engagements.

Speaking to Starr News at Apirede -Akuapem over the weekend,the Okere MP said , President Akufo-Addo, will take the necessary decision based on experts and stakeholder advice.

“The Presidential taskforce is made up of people with experiences and expertise if you watch it Mr.President has met all manner of people with different expertise on these matters and as he meets them he listens to the experts then he takes the decision. So on this school matter you know there have been so many views that have been expressed and as Mr.President Collates these views he will take the necessary decisions based the advice he receives from them”

Meanwhile, the lawmaker in collaboration with the Okere District Assembly on Saturday continued with the distribution of 16,000 pieces of nose masks and hand sanitizer to drivers,storekeepers and food vendors along major streets in all towns in Okere District.

Also, market women relocated to the Asenema School park were each was provided with an umbrella and two pieces of nose masks.

The District Chief Executive for Okere Daniel Kenneth admonished residents strictly adhere to the Covid-19 preventive protocols to ensure that the disease does not spread to the District.