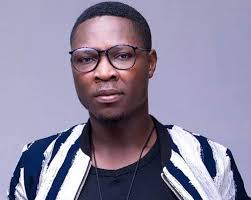 Multiple award-winning songwriter, recording artiste and worship leader Akesse Brempog, has revealed that he has not received royalties from GHAMRO for the past five years.

He revealed that he joined the agency five years ago and has since not received a dime.

He attributed the situation to the fact that he may not have been to their premises to demand it.

The ‘soldier of the cross’ urged the organisation to go digital to help them grow.

The acclaimed singer was on the Starr Drive with Godfrey Ainoo to promote his new single with Joe Mettle titled  “Blessed”.

Touching on why he decided to venture into afrobeat gospel he noted “Blessed is an afrobeat. This time I shifted from doing reggae to afrobeat”.

He indicated that afrobeat is the new trend, “young people determine where the trend of music is going to and now afrobeat is on the rise’. Even on the international market, big records labels are trying to break through with afrobeat to the mainstream.”

Addressing claims that his music does not go far, Akesse indicated that it was contemporary gospel that would export Ghanaian music to other parts of the world when internationally cutting through mechanism is used.

He said, for instance, “Halal Africa of South Africa picks musicians from across the continent and record live music of which I have had the privilege to represent Ghana. Cwesi Oteng has also been on a Alabasta. These kinds of music breaks barriers for the industry.”

“Jesus is who He is, what He stands for and what He did for humanity. Thus, in that sense, everything that falls under that category can be considered gospel.

“Gospel means Good News of Christ and that people may have a problem with a particular person doing gospel music but it does not take away the fact that it is gospel music,” he added.

‘Blessed’ was produced by Rich keys.